Salams! Muslims of the 2020 Olympics! 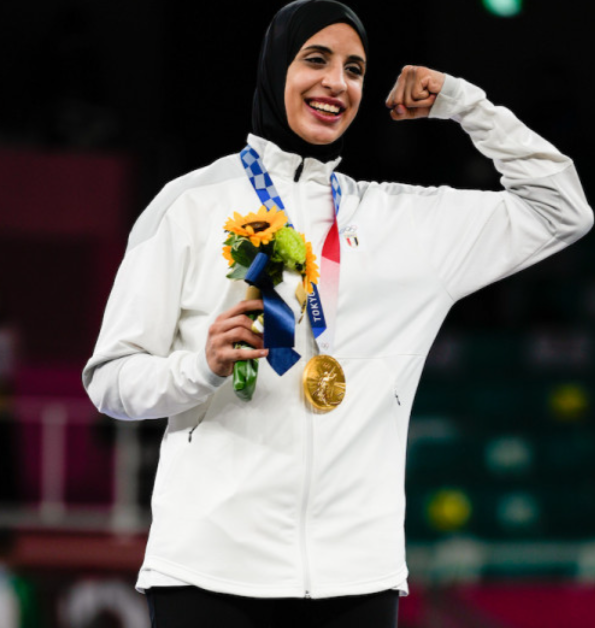 Allahumdullillah it is so beautiful to see our fellow muslims and their accomplishments. We are so proud to see each other elevate and truly represent the beautiful religion of Islam. It is so inspirational to see strong men and women of our religion become examples for the entire world as they demonstrate how, with the Help of Allah and all that He has blessed us with, greatness is attainable. Let's Say "Salams!" to our fellow Muslim brothers and sisters in the Olympics!

Olympic games become a rage all over the world once they start. Thousands of eyes remain glued on television screens, praying and cheering for their players. The Tokyo Olympics was no exception. While many athletes did great jobs, some of them were able to make their communities and country proud. Below I am mentioning some of the athletes who not only made their countries proud but also their Muslim brothers and sisters all over the world.

An Ethiopian born long distance runner made her community proud after winning three consecutive gold medals in Tokyo Games. Making her the second athlete in history to win three individual medals at the same Olympic games.

Started his athletic career in teenage, Moroccan athlete El Bakkali represented his country at the 2020 summer Olympic and won a gold medal for his country. His win ended the 40 years of kenyan dominance in the Olympics.

An 18 year old Tunisian swimmer shocked the entire world when he won a gold medal in the men's 400 meter freestyle at the Tokyo Olympics. Before the game, he was ranked as slowest qualifier for the race. But his performance in the final game came as a big surprise and he was able to win the only gold medal for his country.

Mete Gazoz won the first gold medal for Turkey at the Tokyo Olympics after defeating Italy's Mauro Nespoli by 6-4 in the archery.

His ambition was always to win a gold medal in the Olympic games and he finally got one for his country. Mete's father is also a former national athlete of archery. So his athletic qualities run in his genes, MashaAllah.

Egypt secured its first gold medal in 17 years when Feryal beat the Azerbaijan player Irina by 2-0 in the final round of women's karate kumite.

Feryal was only seven when she took up the passion of karate and since then is getting her training in it.

A British rower, winner of a gold medal in 2016 Rio Olympics, became the first Muslim to carry British flag at the Tokyo Olympic opening ceremony. It was a moment of huge honor for him as well as for his community. While talking to the media he said,

"To be the first person of the Muslim faith is just a huge honour and hopefully can inspire the younger Islamic nation back home in the UK, and for anybody out there, to show that you know what, just a normal kid can be at the top of their own sport or Olympic sport."

All of these players became an inspiration for the Muslim community, giving us all a lesson that Dua', hard work, and diligence can achieve anything.

Salams Muslims of the 2020 Olympics! May Allah increase you all in all that is good! Ameen!