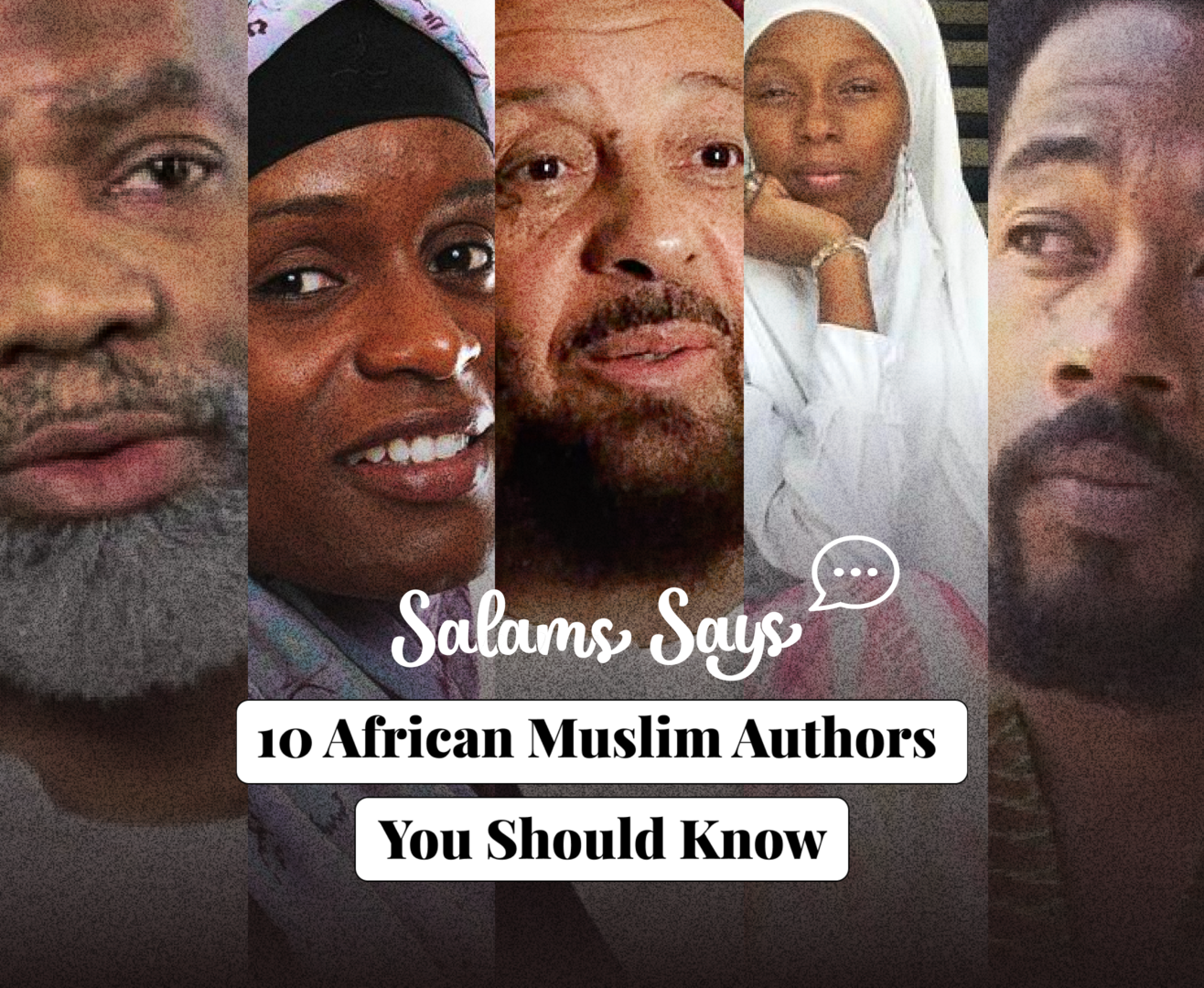 Juneteenth is a day of recognition and restoration. A day to commemorate Freedom in the U.S. as African Americans were emancipated from slavery. The Prophet Muhammad (May Peace and Blessings be upon Him) encouraged the freedom of slaves in his hadith:

"Feed the hungry, visit the sick, and set the slaves free" Bukhari 5058

This annual observance of Juneteenth is carried out not only to celebrate and honor the contributions made by Africans but also to spread feelings of harmony, tolerance and equality among citizens.  In the honor of Juneteenth,  we have rounded up the inspirational stories, biographies, novels and other contributions of influential African Muslim authors who work tirelessly to represent Muslim voices in the world. Have a look:

Dr. Abdullah Hakim Quick was born in the United States of America and is of African American, Caribbean and Mohawk descent. He was born in Cambridge, Massachusetts and grew up in Boston. Dr. Abdullah is the author to over 9 book, with the most popular being Deeper roots, highlighting Muslims in the Americas and the Carribean that predates Columbus’s arrival to America. Check out his books at:  https://hakimquick.com/product-category/books/

Dr. Abdullah received a Bachelor's Degree from the Islamic University of Madinah in 1979 and  was one of the first two students from the west and the first American to have done so and received an Ijazah. He received a Master's Degree and PhD from the University of Toronto His thesis was an analysis of the life and writings of Sheikh ‘Uthman Dan Fodio, a great West African Scholar, warrior, and social activist.

Umm Juwayriyah, an American Muslim poet, novelist, writer and elementary school teacher is a renowned name in the list of Muslim authors. Her contributions to increasing indigenous African-American Muslim narratives in the literary world are remarkable. She also served as the youngest Editor-in-chief of the New England Muslim Women's Association, a non-profit organization run by Muslim women. Her fiction work revolves around the perfect elements of elegance, grace, modesty and integrity. Her novels; The Size of a Mustard Seed, The Princess and the Good Deed, and Hind’s hands- A Story About Autism won the hearts of millions of people across the globe. She also made significant contributions in the poetic field.

Her famous poetry work includes; Many Poetic Voices, One Faith and Many Voices, One Faith. Umm Juwayriyah, pen name for Maryam Sullivan is an iconic example of a powerful African American Muslim woman. Juggling the life between a writer, motherhood, poetess, and play writer- Umm Juwayriyah proved that women can be successful in all areas of life. Her genre mainly covers the Urban Islamic literature that aims at providing strong education, ethics and historical traditions of Islamic ideology.

Named amongst the World’s 500 Most Influential Muslims, Sherman A. Jackson is an American scholar who made significant contributions to the literary world. Currently, he is serving as Professor of Religion and American Studies and Ethnicity at the University of Southern California and has also been featured on the Washington Post-Newsweek blog, "On Faith”

The King Faisal Chair in Islamic Thought and Culture has been globally recognized for his great scholarly work to bridge the gap and understanding between Muslims and non-Muslims. His notable books include; On the Boundaries of Theological Tolerance in Islam, Islamic Law and the State and Sufism for Non-Sufis.

His work is composed of phenomenal books on Black Muslims. Famous books are; Islam and the Black American, Islam and the problem of Black suffering. If you wish to enlighten yourself on the history of African Muslims, reading these books will prove to be of utmost help to you. Dr Jackson is the best scholar on the Black Muslim experience in the US.

Another remarkable name in the list of great African Muslim authors is Robyn Saleem-Abdusamad. She is the founder of Omera Foundation, a writer and a travel and self-care guru. Her remarkable book Zaynab's Enchanted Scarf covers the details of the historical contributions of Africans and African-Americans with beautiful illustrations. Her Twitter feed is full of informative content.

Layla Abdullah-Poulos is an African-American Muslim award-winning author and cultural critic. Her work is directed to bring together the hearts of all the Black Muslim authors across the globe. She provides inspirational content and uses fiction to raise awareness and consciousness of the African Muslim Community. Talking from an educational perspective; she holds a B. A degree in Historical Studies and Literature and M.A degree in Liberal studies.

Umm Zakiyah, pen name for Ruby Moore is an entrepreneur, internationally acclaimed writer and best-selling author of more than twenty books. Yes, you heard that right! Her work received immense praise from the world. Her novel His Other Wife has also been produced and directed into a short film. She posts wonderful inspirational reminders to lift the spirits of the Muslims.

She is a passionate writer and mentor who encourages women to flourish and transform their lives and become the best version of themselves.

Born in July 1969 in Algeria, Ahmed Maceo Eldridge Cleaver is an eminent African American writer of the famous book Soul On Islam. The book features a sequence of details of the writer’s life in Algeria, activists in America's civil rights movement and the beautiful story of how Ahmed embraced Islam.

Giving an insight into motivational and inspirational self-care tips, fitness regimens and healthy living- Mubarakah Ibrahim is a great African Muslim writer and entrepreneur who encourages Muslim women to maintain a healthy lifestyle & mindset through her articles, videos and podcasts.

Fatimah Ashaela Moore Ibrahim is a renowned Muslim writer and best-selling author whose work revolves around Islamic literature and its significance. Her famous books include; The beauty of my Hijab and The Azurean Trilogy. Her books cover a wide range of learning tools and creative illustrations to spark the love of faith among Muslims.

Want to read a detailed insight on the history of Islam in America, Muslim women, and Islamic studies?By reading the books written by Sister Aminah Beverly McCloud, you will surely learn a lot! She is currently serving as Professor of Religious Studies and Director of Islamic World Studies program at DePaul University and is a living example of a successful African-American Muslim woman.

On Juneteenth, it's great to remember all of the African American Muslims who contributed to the muslim community in education and literature.  Hope the above list of African-American Muslim authors proves to be helpful for you while choosing the books for reading.