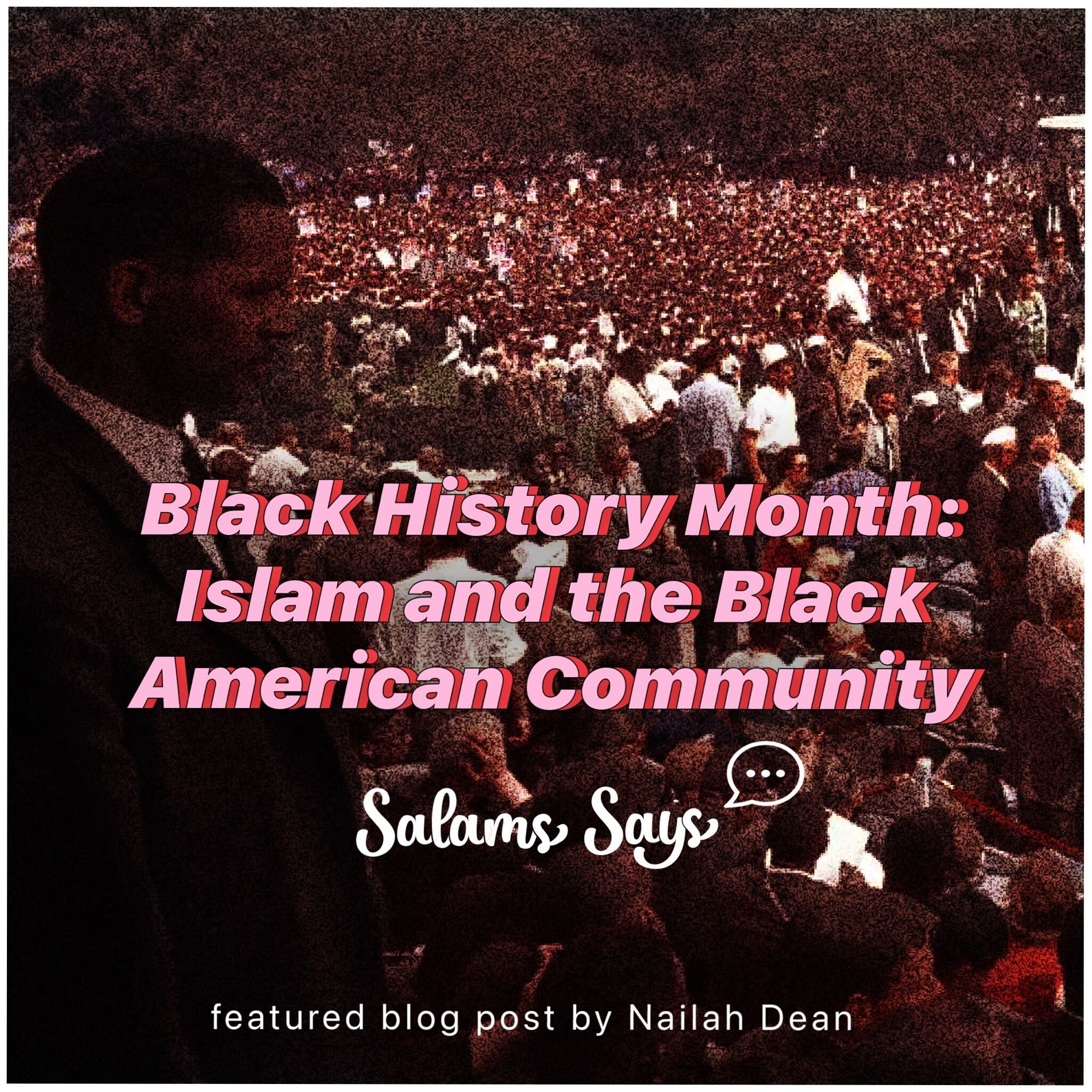 Every year when the month of February rolls around, America turns its attention to reflecting on the history of Black Americans. In schools or in work places, we pause to take note of the important role of Black American political leaders, celebrities, and culture in American history. While I’m the first to admit that celebrating one month out of the year isn’t enough, I do believe it’s a start to recognizing the significance of Black people in the history of America as a whole. I believe the Muslim community should place the same, and better, attention on the Black American Muslims during the month of February.

The best proof is the proof of the Quran and Sunnah. So I will reference the Last Sermon of the Prophet Muhammad (May peace and blessings be upon him):

Here are a few examples of how Black American Muslims embraced and increased the practice and visability of Islam in the U.S.:‍

1. Africans brought to the U.S during the slave trade were Muslim

A lot of people presume that the history of Black Muslims in the U.S begins with the existence of Malcom X. Such a belief lacks knowledge about the African Muslims brought to the U.S. as slaves in the 17th and 18th centuries. Historians disagree on the exact numbe (estimates range from 40,000 in the U.S. to 3 million slaves throughout the America), but the first documented Muslims in the Americas were definitely African. In his book, A History of Islam in America, Kambiz GhaneaBassiri, writes about the Muslim slaves that were literate in Arabic and came from diverse educational and economic backgrounds. When they were brought to the U.S, most converted to Christiantity to adapt to their new life. GhaneaBassiri estimates that the practice of Islam for African slaves ended by the end of the 19th century as most American-born children of African Muslims ceased to identify as Muslim.

During the Civil Rights era, which began in the 1950’s, Black Americans discovered that their Christian brethren were not upholding the morals set out in the Bible. The violence and express disdain for Black people caused many to seek alternative communities. In their search, many Black Americans found solace and empowerment in the teachings of the Nation of Islam. The Nation was founded in 1930 in Detroit by Wallace D. Fard Muhammad. His mission was to "teach the downtrodden and defenseless Black people a thorough knowledge of God and of themselves." While some of the principle’s of the Nation were a great departure from Sunni Islam, it was the gateway for a majority of Black American Muslims to enter Islam.

Malcolm X, for example, began working with the Nation on initiatives to improve the civil rights of Black Americans. In doing so, he was able to find the roots of Islamic knowledge and shift over to Sunni Islam.

The connection between the African identity and Islam in America is best described by Malcolm X himself when he said, “One of the things that made the Black Muslim movement grow was its emphasis upon things African. This was the secret to the growth of the Black Muslim movement. African blood, African origin, African culture, African ties. And you’d be surprised—we discovered that deep within the subconscious of the black man in this country, he is still more African than he is American.”9 ‍

The Black American Muslim identity is something that was proudly displayed by figures like Muhammad Ali, and later celebrities like Kareem Abdul-Jabbar, who successfully honored Islam in their professional careers. Other celebrities that have showcased Islamic identity and made an impact on perpetuating Islam in American culture are musicians. Hip-hop legend and actor Mos Def, also known as Yasiin Bey, once began songs and performances with "Bismillah ar-Rahman ar-Raheem." Likewise, Lupe Fiasco in an interview with Katie Couric in 2014 talked about the challenges of being Muslim and a rapper. Brother Ali and Lauren Hill also used Islamic principles to write music and address topics related to Muslims (i.e Palestine) that needed to be discussed in the mainstream.

In doing so, these musicians were able to slip tid-bits of dawah into the American consciousness. Because of the small population of Muslims in the U.S. (one percent), many Americans do not have a great understanding or association with Islam. Black Muslim artists were able to forge new associations for Americans which I believe helped to foster more understanding and interest in Islam and Muslims.

Just as the representation of Muslims in pop culture matters, so does the representation of Muslims in politics. Keith Ellison was the first Muslim elected to the US Congress in 2007. He also happens to be Black. The day he was sworn in, he elected to use Thomas Jefferson's copy of the Quran. This was a major acknowledgment that Islamic identity and American identity can coexist in the American political system. Then, in 2018 the first (Black) Muslim woman was elected to Congress:  Ilhan Omar. Both Keith Ellison and Ilhan Omar received significant backlash and hate as fear mongers and Islamophobes accused them of wanting to corrupt the justice system with Sharia law.

In the face of any hate they receive for simply being Muslim, the Muslim American community should do their best to support these individuals because they are representing the interest of all Muslims in America. While they may not always take stances on issues we all agree on, their participation alone in the lawmaking process helps American Muslims. In a country where Muslim Americans are center stage on contenious debates on US foreign policy, national security, terrorism, inclusion, and religious liberty, the American Muslim community needs someone fighting in our corner to advocate and protect our interests.