How to Set Realistic Expectations? 3 Myths About Love that May Have Affected Your Search for Marriage 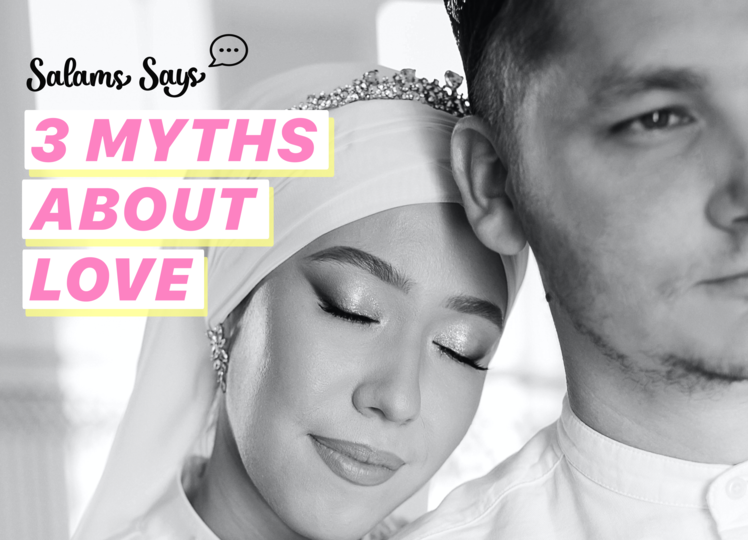 If you’re like me, an American Millennial, who grew up in the Golden Age of Disney Channel, you probably had a childhood comprised of fairytale princesses, chivalrous princes, and plot lines aimed at finding true love. Maybe there was even a sprinkle of Bollywood movies thrown in with scenes of women dancing, and singing about the guys they were goo-goo over. While I truly enjoyed those films, I now regret having been subjected to them. After years of searching for the one, I now realize they had a huge impact on my conception of love.

In my journey to find love and marriage, I think I’ve subconsciously been waiting for all the signals and depictions of love to appear as taught by the fictional characters on screen. The sad part is, I’m not alone.

So many in the Gen Z and Millennial generations today, are still using the Hollywood (or Bollywood) narratives to guide their marriage search. Media convinced us that there’s a specific algorithm to love that consists of a certain type of feeling, personality type, or image. So when we’re flipping through Salams profiles, or in the midst of zoom speed dating (yep, that’s a thing), we can’t seem to find attachment because the person on the other end doesn’t match the unrealistic criteria we’ve been programmed to search for.

While it sounds bleak, there’s hope for us yet! After a bit of study, and a few failed attempts, I learned how to separate reality from fiction. And with a little bit of practice, you can too! Here are three major myths that you should take note of in pursuit of love and marriage:

Scene: A boy walks into a crowded cafe and immediately locks eyes with the girl of his dreams. He makes up an excuse to go talk to her, and now he’s floating on cloud nine. Not only is she a 6 foot blonde with hazel eyes, but she’s charismatic and mysterious. They get lost in conversation. Nothing else around them matters because their powerful chemistry has created a force field, where no one can enter their bubble. The energy he feels is enough to make him say to his roommate later that evening, “I think I’m in love.”

Has that ever happened to you? Well, some version of it. Maybe it wasn’t at a cafe, but at an MSA event or in the parking lot after Jummah. The moment was magical. Your heart sank, cheeks blushed, and mind swirled. Since your marriage hunt began, you’ve been searching for that feeling in all your matches on the app. And you just can’t find it.

According to psychologists and marriage therapists, those meet-cute moments are based in lust, not love. Lust, which is defined as “very strong sexual desire,” is usually the basis of those warm and fuzzy feelings that are depicted as “love” in all our favorite movies. While sexual attraction should be factored into one’s decision to select a spouse, it shouldn’t be the defining factor.

When you’re swiping through oodles of profiles on Salams, it’s important to look at other factors than just the photo. Try reading people’s “about me” section. See if you have anything in common. Maybe you’ll bond over your love for skydiving, matcha ice cream, or long car rides in the summer. Maybe your strong desire to build a business or a family together will be that extra element that adds to the attraction, which should never solely be defined by physical looks. Chemistry, connection, compatibility are based on many elements, not just sexual attraction.

Does that mean any person you “fall head over heels” for at first glance will never work as potential marriage spouses? No, because once again physical attraction does matter, to some extent. Just know that looking at someone’s photo, or talking to them once and leaving the conversation saying “I didn’t feel anything” is a bad litmus test for selecting a marriage partner. Go deeper.

Myth #2: Opposites attract, so I must find someone with an opposite personality type so we can balance each other out.

Rom-coms always taught me that “opposites attract.” I’ve always loved movies where the one nerdy character ends up with the popular, glammed-up character. I saw the angsty, emo kid fall for their outspoken, extroverted peer, and the football player fall in love with the math tutor. Those types of relationships not only involved people that ran in different social circles, but they had completely different personality types.

And what about you? Are you the accountant who likes to go home to a quiet house, but is searching for the super talkative girl who has popular tik-tok videos? Are you risk-averse, frugal and a homebody, but are looking for an avid hiker that plays tennis and loves to throw lavish birthday parties? If so, maybe you should reassess your needs and wants.

Studies show that the saying “opposites attract,” is another myth when it comes to successful partnerships and marriages. Scientists have determined that similar personality types, including those with similar interests, are more likely to get along, or end up in a romantic partnership. The “opposites attract” idea is not practical for the foundation of a strong marriage where two individuals need to come together to make decisions on how they will create and sustain a life together. It may be entertaining to be with someone who sees the world differently than you, but after a while it will get old and create more friction.

“All you need is love,” is the title of a popular Beatles song. It should be appreciated, honored, and recognized as a timeless classic by brilliant musicians. However, that song, or phrase, should NOT be used as a guide in your search for a potential spouse.

Love is not all you need in life, and it’s not all you need in a marriage. It’s just one factor. Love, defined as the feels, the emotional connection, the physical attraction, the chemistry, is just one part of the equation. When you’re looking for marriage, you must look deeper. You must focus on bigger factors like emotional stability, financial stability, and religiosity.

Love is a building block in a marriage. It’s not always the foundation. You can build towards love. Real, long lasting love doesn't just appear out of thin air. It isn’t just a feeling that comes in the night, and goes out at dawn. It takes time to acquire and time to cement.

I’ve heard a few strange stories about men who have taken the time to get to know a woman, demonstrating readiness, and real interest. Then, at some point, right before engagement is made official, there’s a breakdown. He says “I just don’t feel anything.” Stories like these lead me to think a lot of people are really confused about how to create lasting love within the confines of a Muslim marriage. Just because you don’t “feel” what you’ve been taught to feel from television, does not mean you should discard or jeopardize a solid relationship searching for a rush of emotion elsewhere. Take time to understand what a real marriage is based on, and evaluate what you need to succeed.

As always, I’m praying for positive growth for us all.