How To Navigate Long Distance Relationships: The Good, The Bad, The Ugly 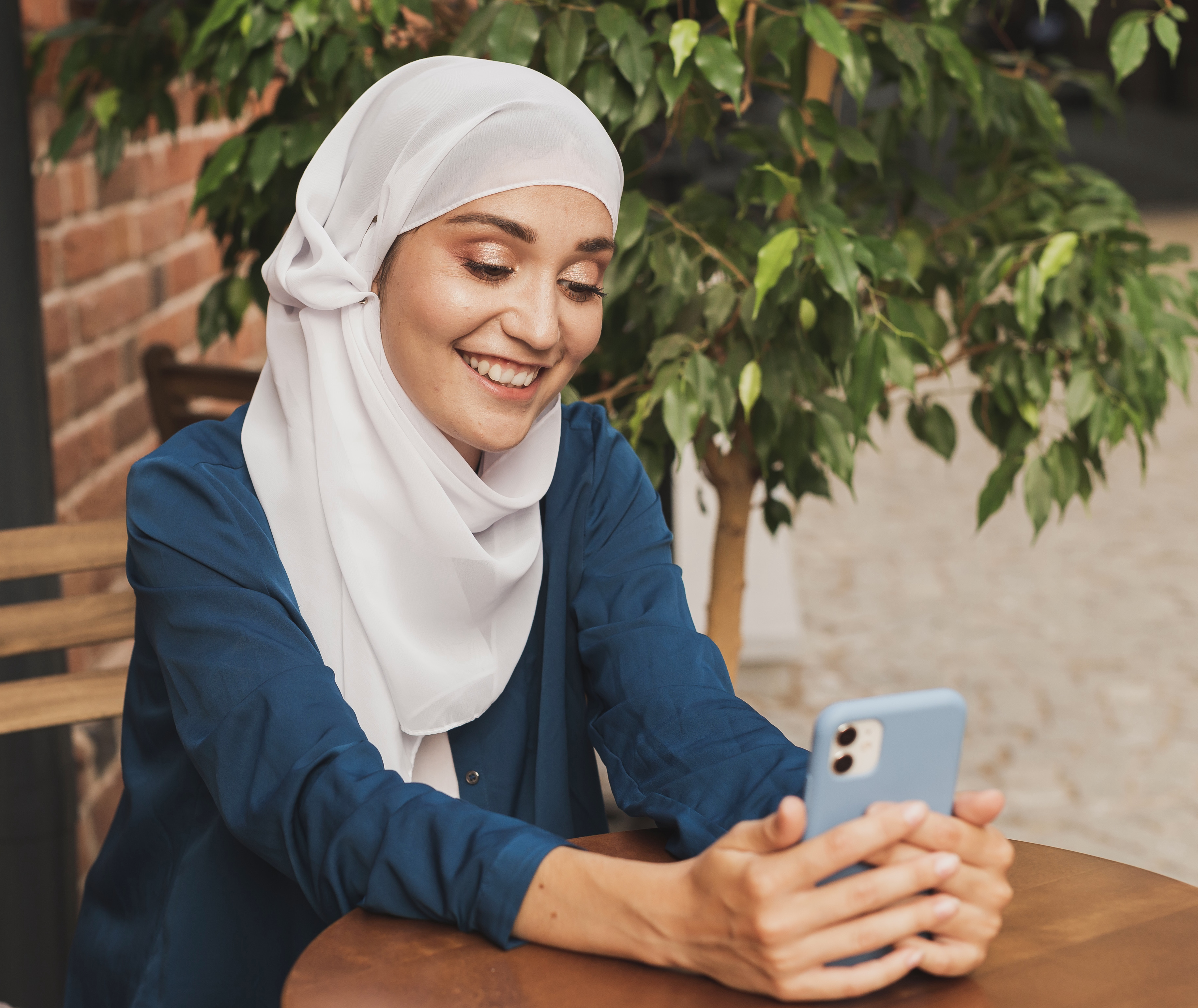 I remember when my parents went on the hunt to purchase their first house. They hired a quirky realtor that would routinely say, “location, location, location.” She kept emphasizing the golden rule of real estate so that they understood why homes in neighborhoods with good school districts were more expensive– location mattered. A LOT. Many years later, flipping through profiles on Muslim dating apps, I realize that same axiom applies to finding love: location matters.

I often get the question:

‍how wide should I set my geographic filter on the app? ‍

I have friends that refuse to match with anyone who lives more than twenty minutes from their house. I also know folks on the other end of the spectrum who are open to potentials in countries with time zones spanning as much as ten or fifteen hours difference. The outcomes of those relationships are varied. The truth is there are pros and cons to long distance relationships. It has a lot to do with a person’s lifestyle, time-management, and communication skills.

I’ve put together a list of considerations that should help you determine if you can handle talking to someone that lives outside your city or state: the good, the bad and the ugly of long distance relationships.

Here’s the good part about long distance: your relationship is tested from day 2. How is that good? It means you’ll be able to determine seriousness faster.  If you match with someone who lives far, you’ll both have to put in more effort to kick off and sustain the relationship. For example, if you match with someone in another time zone, you can really see how much effort the person is putting in to make the relationship work. They might have to wake up early or stay up late to get in a solid, substantial conversation. If you’re both there making sacrifices at this early stage, it shows dedication, and it shows real interest.

With matches that live within driving distance, it is easier (and faster) to test things like compatibility and chemistry because you can actually go on dates (in public), and get to know the person while doing fun activities. However, when you live hours or time zones apart, the basis of the relationship will be founded on conversations, rather than activities.

The times I’ve talked to someone that lived outside my city, we were forced to do more phone calls and multiple Facetime sessions. It was good, because we dived right into the nitty gritty, eager to see if we should take things to the next level by planning a meet-up. While it might seem “boring,” to have a relationship that primarily exists in cyberspace, built on streams of conversation, success on that front might indicate that you will actually survive the monotony that comes with marriage.

Once you’re married, your life won’t consist of elaborate date nights focused on having a fun time. Instead, most of your days will involve getting home from work late, and talking about the highs and lows of your day over simple meals (or take out). If you can do that from point A, with comfort and joy, then that’s a good indication that you’ll be able to survive forty years with that person.

By far, the best part about long distance relationships is that your chances of ever seeing that person after a break-up are slim! I can’t tell you about the number of awkward run-ins I’ve had with “exes” at the mosque. If I had stuck to long distance options, then I wouldn’t be bumping into those folks after jummah!

All that to say, you might want to open up the pool.

While I personally choose to focus on “the good” of long distance relationships, “the bad” should not be ignored. First of all, some people are just no good at communicating through a phone. Some people get enough screen time at work, and so when they get home, the last thing they want to do is text. And I’m not saying people in vested relationships, or engagements, who don’t like texting should get a pass for not texting their partner on a daily basis. I’m saying people that are still strangers in cyberspace, who do not like to text, often have a harder time engaging with a new potential through text.

What about phone calls?

Those are useful. As previously stated, phone calls will get the relationship going– either the heat is turned up, and you’ve got boiling water, or a lukewarm situation that goes nowhere.

The only problem with phone calls is that you can’t read body language, and you don’t have eye contact. Those are things that help people feel connection and gauge interest. So hop onto a Facetime? Absolutely! Video calls are helpful in picking up where calls leave off. However, for some people, Facetime interactions do not translate to real life.

I remember one potential I met on the app where cyberspace chemistry didn’t translate to real world chemistry. We had two weeks of good phone calls and Facetimes because we lived states apart. The vibes through  calls and Facetimes were intense and wonderful, but when he came to visit, there was a shift. It just didn’t feel the same. It felt like we had to start from scratch.

It’s important to remember that video calls are golden, but they are no match for in-person interactions.  There is just some chemistry that comes when two bodies are in the same place at the same time.

And what’s “the ugly?” The ugly is the catfishing, lying, and cheating that can occur when you don’t have close access to someone. I’ve heard stories of people that fell in love with fake photos or profiles because they had no way of verifying the information. These people didn’t have mutual friends because they lived in completely different communities, or countries. I’ve heard stories about men who were talking to multiple women, or even had multiple wives. They were liars.

While a good Google search or social media investigation can usually help uncover these lies, it’s always best to get character references from people that know your potential. When you live in the same city or state, you might be able to more easily find these character references on your own. But if they’re so far away you will have to rely on them to produce those people for you, which could be setting yourself up for more lies.

3 solutions to these issues are:

1) Do a video call early on in the relationship (like day 2 of conversation).

2) After a few weeks, arrange a trip to meet in-person. If the person is serious about you, they’ll spend the money and time to meet you (I personally think the guy should take the first trip).

3) Ask the person to give you the number of an Imam, work colleague, or family member that can attest to the information they are providing you with.

Don’t trust someone based on their words alone. Look for proof. Truth lives in fact, so find it!

I hope you now understand that location really does matter. It will make or break a relationship. But I personally believe it shouldn’t be a dealbreaker. Why?  Because there aren’t that many single Muslims to go around. In the U.S, Muslims only make up one percent of the population. If you were to dig deeper into that number, you’d find that the number of eligible, single Muslims is much smaller. When you limit your matches to your surrounding area, or even state, you reduce your chances of meeting a match by A LOT.

And yes, distance will make things complicated, but like they say, anything worth having, is worth fighting for. So go out there and widen those geographic filters. Fight for your long distance relationships. Find true love and blissful marriage. Good luck!