Islam Loves All Races: Piousness and Righteousness Outweighs All 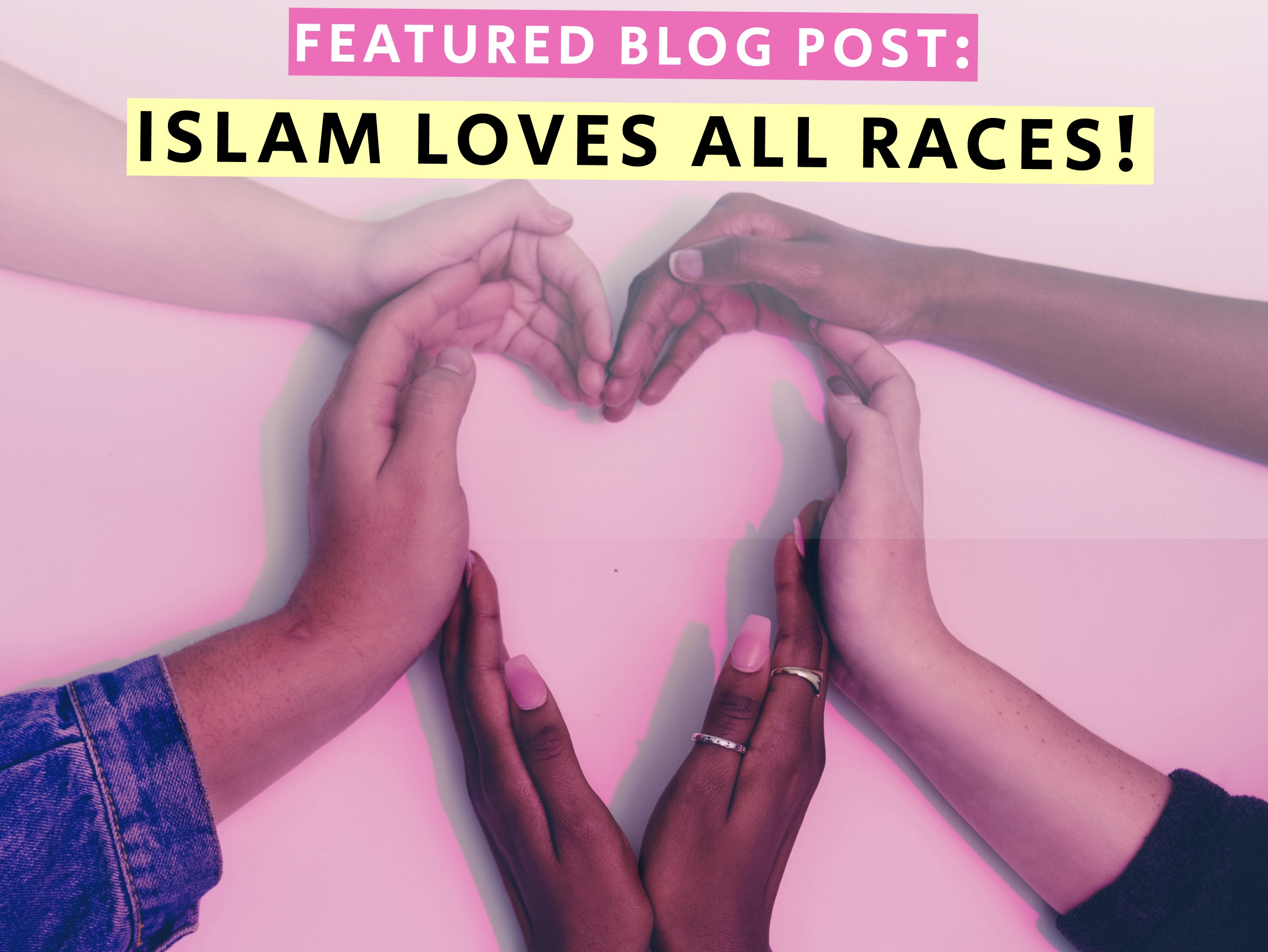 Islam is a religion of equality and strongly condemns racism, bigotry and xenophobia. Intolerant behavior towards others is not encouraged. Islam raises its voice against the discrimination on the basis of color, creed and caste of people. Islam welcomes diversity and knits people belonging to different races into one big family. There is no place of racial superiority in Islam. In Allah's eyes everyone is equal and no one has superiority over any other human being. Holy Prophet Muhammad (PBUH) summarized it in His Farewell Sermon:

This is the real teaching of Islam.  A society can work properly if each and every member of the society gets to practice the same moral principles and values. There will be harmony if everyone gets the same rights. No one should be denied of justice, brotherhood, fairness, compassion, equality and mercy. When Holy Prophet Muhammad (PBUH) formed a community in Medina, he enjoined all Muslims in brotherhood. Everyone was welcomed. Islam erased the concept of superiority over the others based on race which was rooted deep in the society at that time.

The prominent tribes had aristocracy rights while people belonging to lower sects of society were put on slavery or had lower standing. With its descent, islam turned down such concepts.

"O humankind! We have made you into nations and tribes, so that you may get to know one another. The noblest of you in God’s sight is the one who is most righteous." {Quran 49:13}

A symbol of human equality, Bilal  ibn e Rabah's story is an example of Islam's respect for social equity and anti racism. He (R.A) was a negro slave belonging to an Ethopian descent. He was tortured endlessly when he converted to Islam. Prophet Muhammad (PBUH) sent Abu Bakar to get him free from this oppression. He then became one of the Holy Prophet's closest and distinguished companions. He was appointed as the Muazzin e Rasool(calling to the prayers on the behalf of Prophet).His (R.A) rise to such prominent position is the proof of pluralism and racial equality in Islam.

Another big example of this is Hajj. Where millions of Muslims around the globe gather. Their race-ethnicity and social class doesn't matter. They all gather for one purpose and that is to serve Allah. No one is greater there than the other. All wear the same dress and perform Hajj together. We don't see such beautiful examples of welcoming different ethnicities anywhere.

"One of the most underrated ways of bringing communities together and bringing love between communities is Interracial Marriages".

As our Holy Prophet (PBUH) said:

"When someone comes to you, whoever you are happy with his Deen and his character, then marry him off".

Which hints that you can marry off between any color and any language as long as they are standing firm on their religion. There is no restriction of interracial marriage in Islam.

We should honour the creation of Allah as it takes us closer to us. It is the miracle of Allah that so many skin colors and languages came from a single man and woman, Adam and Hawa. Nouman Ali Khan once said during his lectures and I quote:

"Different colored skin is a sign of Allah. There are different ethnicities in the world. We are supposed to have respect for different races. When people look at the color of skin and consider someone inferior or superior or a hated race or a loved race then that itself is a denial of the Ayah of Allah. When you don't respect the person who has a different skin than you then you are disregarding an Ayah of Allah"

What a powerful teaching of the Quran.

Islam is a beautiful religion and its teachings benefits the whole society. It has laid its foundation on such principles that are beneficial for every human being. Today we see discrimination among people because of racial differences. Many are denied their basic rights just because of the way they look. We do not act upon the teachings of Allah and Holy Prophet as we are instructed to do. Allah Subhan wa tala himself says that all of His creation is equal to Him so who are we to discriminate among them because of such trivial things. We should try to spread the teachings of Islam all around us and together should work to make this world a better place to live in for everyone. Where nobody has to feel inferior to anyone and everyone is respected equally. May Almighty Allah help us out. Ameen!