Meet the Parents: How Soon Is Too Soon? 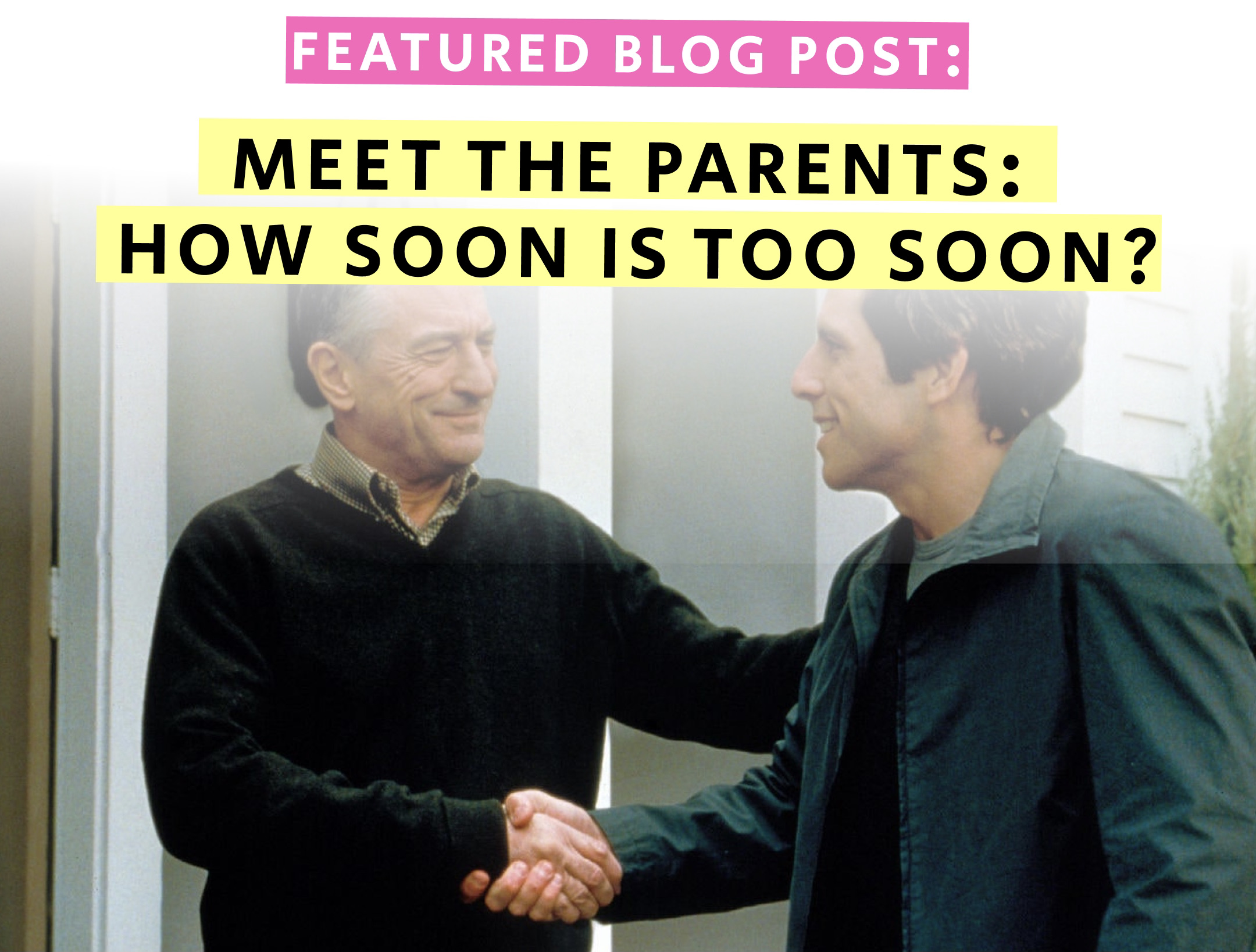 Many moons ago, when I first started my search for love and marriage, I did so without informing my parents. Scandalous? Not really. I was 24 and living on my own, half-way across the country. I’m one of the lucky ones whose parents never pestered her about getting married. They took a more “American approach,” which meant that I wouldn’t involve them in my search until I actually found someone I was serious about marrying.

So when I eventually did get matched with a guy through the mosque who asked if he should call my father for permission to start the courtship phase (before we even had an initial phone call) I FREAKED out. I was like whoa buddy hold your horses, that’s not necessary. The whole thought of making that introduction before I was even certain about my feelings towards the guy felt very nerve-wracking.

However, as the years went by and I started to get deeper into my quest, I came to appreciate the men who asked to meet my parents early-on in the relationship. Why? Because there are soooooo many people out there just looking to pass the time and “have fun.” They’re not really serious about getting to know me, and they aren’t really serious about marriage. So nowadays when guys attempt to get parental approval earlier on in the conversation, it makes me more certain that they’re actually serious and won’t waste my time.

I know what you’re thinking (especially if you’re a guy), IT’S TOO MUCH PRESSURE. I feel you. It is a lot of pressure to speak to someone’s parents before you’ve even made a decision for yourself. My advice is not to think of this as the final step before signing the nikah. Think of it as the precursor. Islam encourages us to have family involvement in the marriage process. After all, marriage is all about bringing families together.

Instead of focusing on the anxiety and nerves you might feel in talking to a potential’s parents, think about the barakah you would get. Whatever we do in life, it’s important to set our intentions. When you start off with parental introductions, (even if it’s just a quick phone call or Facetime), you set the relationship in the right direction because you are making it clear to your prospective and their family that you are pursuing a relationship for the purpose of marriage.

If you were going to fill in that blank with controlling, ageist, racist, sexist, overly cultural, it’s okay. You’re not alone. There are loads of people with problematic parents. And yes, it’s important to recognize that they may make it a tiny bit harder for you to get married, but that doesn’t mean you should avoid the introductions entirely.

There’s no doubt that the cultural divide between the generations hinders people’s ability to get married to a spouse of their choice. The older generation has their own way of defining compatibility, and more often than not they use cultural, not Islamic values to do so. As annoying as it is, to work with these problematic or picky parents, it makes more sense to bring them into the conversation early on in the courtship to prevent heartbreak further down the road.

One thing I encounter a lot as a Black Muslim are guys that say “I’ve never asked my parents if they would be okay with me marrying outside my ethnicity.” My internal response is always, Whaaat? How do you not know?! My outward response is usually, “Okay, well I’d appreciate it if you found out what their expectations are now so we don’t waste each other's time.” Whether a guy decides to go against his parents’ expectations is a whole other discussion. What’s really important here is that you know what your parents' expectations are. When the parents are brought into the conversation earlier on, all those expectations are brought to the forefront.

3. No One Knows You Better Than Your Parents:

I’m sure a lot of you are saying what I used to say: I don’t even know if I like this person, why should I involve the parents so early in the game? If you’re not one of the aforementioned people with problematic parents (i.e racist, ethnocentric, etc.), chances are your parents might actually be helpful in your selection of a spouse. I happen to believe in that saying, few people know you better than your parents. After all, your parents lived with you longer than anyone else. They know your pet peeves and bad habits. They can help you spot red flags, and point out considerations that you may have overlooked. So trust them (within reason), and involve them in the courtship process. Learn to take their naseeha.

While I acknowledge it is a daunting task, I also know that this life is filled with challenges. Sometimes when we face our fears, Allah rewards us for doing the right thing. By involving your parents in your selection of a spouse, addressing their expectations, and being open with your potential about prospective biases, you will prevent a lot of drama later on. You will also be setting the relationship up for success because you purified your intentions. May Allah make it easy for all those trying to find love and marriage.