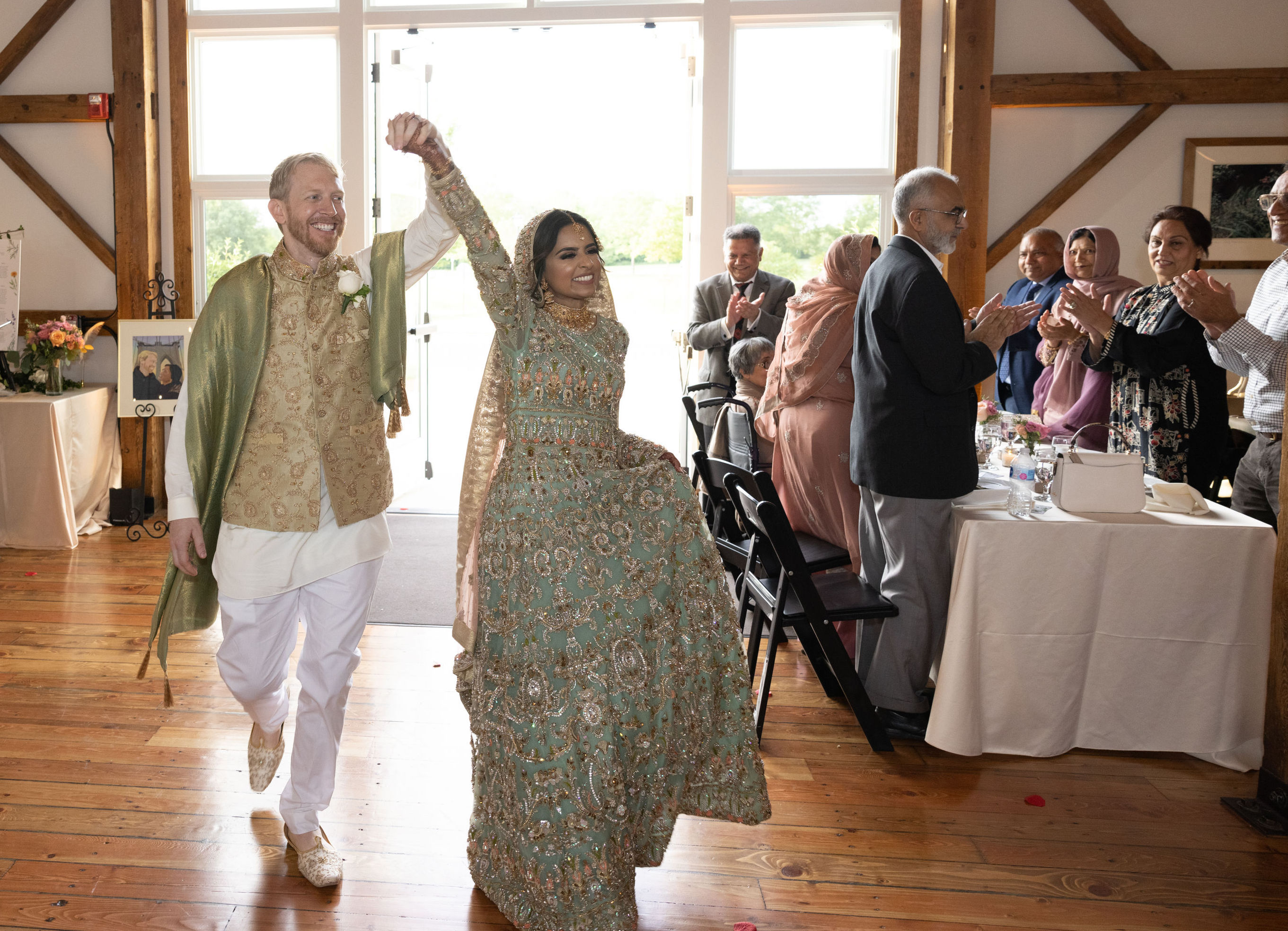 Noreen and Steve matched on Salams last summer, but it took them a while to start talking. Once they did, they couldn't stop. After a year and lots of Covid precautions later, they were married Alhumdulillah! They informed the Salams team that the online dating world presented its challenges for them both before they were able to meet each other. However, once they were able to establish a connection, taking each other and the process seriously became priority, and they were grateful for where it led us in the end.

Noreen: I appreciated the effort Steve put into writing his profile and capturing who he was and what he was looking for. I could tell that he was someone who had done a lot of internal, reflective work on himself. I liked that he didn't drink, was committed to a spiritual life, and was an outdoorsy kinda guy.

Steve: The way Noreen's profile was written and the range of pictures included actually reflected who she was without trying too hard. She said she was sincere and I felt the sincerity in what she wrote and how she wrote it. Right from the profile, I could see she had a lot of things I wanted in a match that I didn't even necessarily expect to find in one person: a love of the outdoors, concern for racial/social justice, among other things.

Noreen: Definitely more misses than hits! It took combing through a lot of guys I didn't care for and navigating boring conversation, sometimes inappropriate messages and feeling frustrated by the lack of connection. Rarely did matches result in phone calls or dates. Sometimes they did, but then they'd often fizzle out for one reason or another.

Steve: I was impressed with the number of women who were practicing, seeming to have good character, and looking for marriage. Each person I met was important to my process of learning about Islam and the various ways it might be practiced, as well as the different cultural experiences and challenges women face in searching for a partner while navigating patriarchy. Most were educated, interesting, and kind. Simply having the ability to meet so many people who don't drink was a gift to me, as this was something that was not as accessible before I "upgraded" to Islam.

‍3) Can you describe your experience of when you met in person?

Noreen: Our initial meetup was brief and definitely didn't feel like the stars totally aligned. But the next day, we spent a long time just talking and being present with one another. I was curious about Steve's life story, so I peppered him with questions to better understand him as a full person and he answered everything thoughtfully. That allowed for an opening to build something over time.

Noreen: We didn't shy from the topic of marriage once we felt a connection, but navigating the long distance between us was something we really had to work through. We ultimately decided after he met my parents for the first time in Chicago.

Steve: For me, the logistics of everything mattered more than feelings: wanting enough of the same things, on the same timeline, in the same place. Pre-marital counseling questions were useful for understanding each other to get there.

Noreen: Know yourself first! And know the qualities and traits in a partner that are most important to you. If you feel a connection with someone, don't be afraid to say it! Nobody's got time for games and we're all too old for that, anyways. Once a connection has been established, look for resources to help guide you along on your journey. We used a list of 100 pre-marital questions that was modified and added to by a friend who had used them before us. We also made sure to sign up for pre-marital counseling, which was really helpful in talking out some things that felt uncomfortable, but were very important.

Steve: It was sometimes tiring to feel like women were only matching with me to hear a convert's story, but in reality, for family or personal reasons, they would likely never marry a revert. I can't speak for all converts, but personally, I don't think it makes sense to ask for someone's conversion story over messages or in the first meeting. I would prefer to share that, if it is to be an authentic and meaningful conversation, when some trust has been built and reciprocal sharing is occurring. Don't waste each other's time. There's a balance of sharing various aspects of one's personality naturally and also having more serious and intentional conversations to discover compatibility. Be very clear about one's intentions and use relationships with friends, elders, spiritual advisors and couselors to constantly improve one's ability to assess others as a match and to communicate better in each phase of the process (messaging, phone calls and meeting). At the same time, leave room for the grace of God; have some patience and tolerance for people and where they're at. We are both managing massive amounts of data and dealing with human beings in this process of opening ourselves to marriage. We must seek to improve ourselves through rememberance of Allah and practice the best character we have with others so we may help each other remove barriers to marriage for the sake of the entire ummah.

Shukran Noreen and Steve for sharing your Salams Love Story!

May Allah bless Noreen and Steve with peace and love in their marriage for the years to come Ameen!