Our Relationship with Allah: Understanding the 7 Pillars of Iman (Faith) 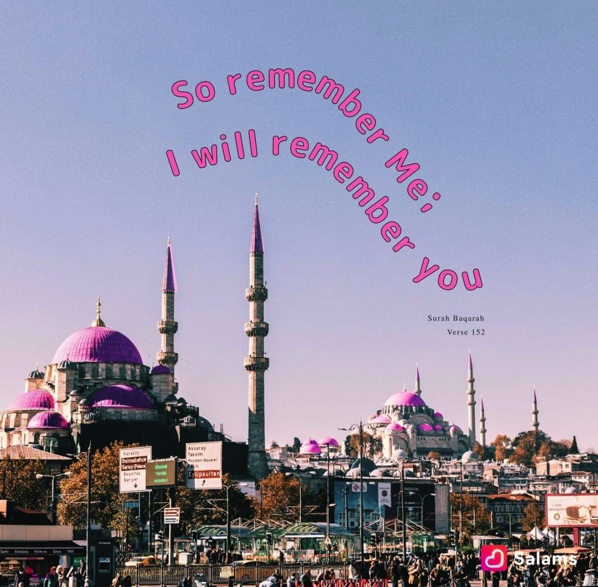 When asking ourselves how we can become better Muslims, we are attempting to evaluate our Iman. Sheikh Abu Zaid quoted a hadith from Al-Bukhari, hadith: 50, in which Iman was defined:

The previous hadith addressed all seven articles of Iman (faith).

Allah has mentioned five of the components of Iman in Surah Al-Baqarah, verse: 177.

“... Righteousness (is the quality of) the one who believes in Allah, the Last Day, the Angels, the Books, the Prophets and gives wealth, in spite of love for it, to relatives, orphans, the needy, the traveler, those who ask for help, and frees slaves...”

The previous verse addresses the beliefs of a righteous person; the rest of the verse mentions the acts that follow these beliefs. This verse suggests that these beliefs are what make a person righteous, and that these components of Iman inspire the execution of goodness. All of the components of Iman are not mentioned in this verse; however, the rest of the components are mentioned in earlier parts of this Surah. They are also explained through various hadiths and can be found in other Surahs as well. This blog will address 3 of the 7 articles of Iman: Belief in Allah, His Books, and His Prophets.

In order to become someone who has attained Iman(faith), one must know what it means to believe in the components of Iman(faith).

1. What does it mean to believe in Allah?

2. What does it mean to believe in Prophets of Allah?

3. What are Allah's books and what does it mean to believe in them?

6. What is the Qadar (Divine Decree)?

7. What is the Day of Resurrection?

1. What does it mean to believe in Allah?

One of the Prophet’s (ﷺ) companions, ibn Abbas narrated a hadith, in which the Prophet (ﷺ) tells us, what it means to believe in Allah.

The Prophet (ﷺ) said to a delegation from the tribe of ‘Abd Al-Qays, “I order you to do four things: To believe in Allah alone. Do you know what is meant by believing in Allah alone? It means to testify that no one has the right to be worshipped but Allah and that Muhammad (ﷺ) is Allah’s messenger, to perform the prayers, to pay Zakah, to fast during the month of Ramadan, and to pay Al-Khumus (one fifth of your spoils of war).”

This hadith suggests that believing in Allah includes implementing all of the obligations Allah has placed upon us. As well as believing in everything that He has sent down, which includes all of the other aspects of faith. All of which Allah has informed us about through His books and His Messenger Prophet Muhammad (ﷺ). There are no contradictions in Islam likewise there are no contradictions in regards to the definition of Iman, one aspect of faith affirms and confirms another.

2. What does it mean to believe in Prophets of Allah?

Allah mentions the Prophets throughout the Quran, as well as their stories. In some surahs the names of the Prophets are mentioned. However there are some surahs in which Allah only relays their story. To believe in Allah’s prophets, is to believe that Allah chose men who were the best citizens of their community, to guide and remind their people to remember Allah. Believing in Allah’s prophets also means recognizing that Prophet Muhammad (ﷺ), was the last of the Prophets.

3. What are Allah's books and what does it mean to believe in them?

To believe in Allah’s Books, is to believe that Allah sent down all of the following holy Books to His four Prophets. The Torah, The Psalms, The Gospel, and the Quran. The Books of Prophet Daud(David) was that of the Psalms and the Book of Prophet Musa (Moses) was that of the Torah which were sent to guide the Jews from Allah. The Injil(Gospel) was revealed to Prophet Isa (Jesus) to guide the Christians. The Holy Quran was revealed to our last Messenger Muhammad May Peace and Blessings be Upon him.

The revelation of the Torah has been referenced several times within the Quran. The Torah was revealed to Prophet Musa (Moses) (May Allah be pleased with him), who was sent as a messenger to the Jews. Allah says in surah Al-Maeda, verse: 44,

“Indeed we sent down the Torah, in which was guidance and light…”

The Zabur is also known as the Psalms of David. Allah revealed the Zabur to Prophet Da’ood (David) (May Allah be pleased with him) as mentioned in Surah Al-Isra, verse: 55.

“And We have made some of the prophets exceed others, and to David We gave the book [of Psalms].” {Surah Al-Isra, Verse: 55}

There are other verses in the Quran in which the Zabur is referenced.

The Injil, the Gospel, was later revealed to Prophet Isa (Jesus) (May Allah be pleased with him),  who was sent to guide the Christians. The revelation of the Injil is mentioned in Surah Al-Hadid, verse: 27.

“Then We sent following their footsteps Our messengers and followed [them] with Jesus, the son of Mary, and gave him the Gospel.” {Surah Al-Hadid, verse: 27}

The last Book of Allah the Quran, was revealed to the last Prophet of Allah, our Prophet Muhammad (ﷺ). The Books of Allah that were revealed before the Quran were altered over time, but they may contain a portion of the original message.

In their history, there is a lesson for those who possess intelligence. This is not fabricated Hadith; this (Quran) confirms all previous scriptures, provides the details of everything, and is a beacon and mercy for those who believe. {Quran 12:111 }

Believing that Allah revealed these Books to His prophets, and following the commandments of the Quran, the inalterable and final guide, is what it means to believe in Allah’s Books.

The Angels are a creation of Allah, created long before mankind. They worship Allah and obey Him entirely. Allah mentions that the angels were present before our creation in surah Baqarah, verse: 30.

“And when your Lord said to the Angels, Verily I am going to place (mankind) generations after generations on earth.”

Angel Jibril (Gabriel), was sent to prophet Muhammad (ﷺ), with the revelation of Allah. The two Angels writing down our good and bad deeds, on our right and left shoulders are Raqib and Atid. The Angel of Death Azrael, is the Angel that takes our souls when we die. On the Day of Resurrection Israfil is the Angel that will blow the Trumpet, that starts the day of Judgement, after which all of creation will perish. Allah mentions the Angels and their responsibilities in many surahs within the Quran. Therefore, as Muslims who believe in Allah, His Prophets, and His Books, we must believe in His Angels as well.

“Who believes in the Ghayb (unseen), establish prayer, and donate from what We have provided for them.” {Surah Baqrah: 3}

The previous verse mentions belief in the unseen; this aspect of faith has various meanings; it includes belief in Allah, His Angels, Holy Books, Allah’s Messengers, the Day of Resurrection, and Al-Qadar. It also includes what Allah and His Messenger (ﷺ) has informed us of. Which includes knowledge of the past, present, and future, news about the creation of the heavens and earth, plant and animal life, news of the nations of the past, and about Paradise and Hell.

All of the aspects of faith maintain a connection that links them to one another. Believing in the Ghayb is to believe in Allah, believing in Allah relates to believing in everything Allah has commanded us to believe in. We are able to understand and enact these commandments, utilizing Allah’s book and His messenger Prophet Muhammad (ﷺ).

6. What is the Qadar (Divine Decree)?

The Quran also mentions the Decree of Allah, which is Al Qadar in surah At-Taghabun, verse: 11, when Allah says,

“No calamity befalls except by the permission of Allah, and whosoever believes in Allah, He guides his heart to the true faith with certainty, i.e. what has befallen him was already written for him, and Allah is the all-knower of everything.”

7. What is the Day of Resurrection?

The Day of Resurrection is the Day when all mankind of kind, every person ever created will be gathered together and questioned about how they lived their life. On this day the earth shall be destroyed and everything on it will die, and all of creation will be brought back to life and questioned. This day and the description of this day is often referenced in the Quran. It is referenced in Surah Naba (The Announcement), Surah Qiyamah (The Day of Judgement), Surah Inshiqaq (The splitting open), and etc. There are so many Surahs in which the contents of that day are described. To believe in the day of resurrection is to believe that the day will come when we shall be held accountable for our actions. It also means that we believe that the life of this world is temporary and that we shall live again.

Therefore, one cannot believe in Allah and His books without believing the other components of faith, such as believing in His messengers, His books, the Angels, the unseen, the Day of Resurrection, and belief in Al-Qadar (the Divine Decree). All of the components of faith originate from our belief in the oneness of Allah. It is our belief in Allah that encourages us to do good and to promote goodness. It is our belief system that uplifts us and gives us the courage to face the trials of life, and to hope for Allah’s reward. Maintaining our Iman and understanding it can help us better ourselves, so that we can become better Muslims.