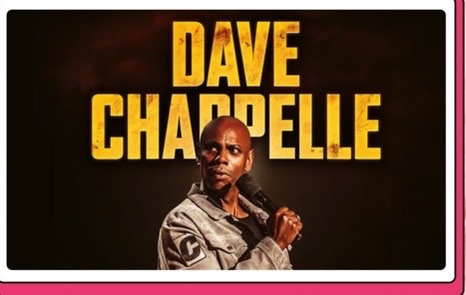 Many people may Ask: Is Dave Chapelle Muslim? Yes, Alhumdulillah he is.

Salams Dave Chappelle! American actor and standup comedian Dave Chappelle who is famous for his hilarious satirical comedy sketch series Chappelle's show recently made an appearance in a Netflix show "My Guest Needs No Introduction" with David Letterman. During the interview he talked about the positive impact Islam has made on his life. He recalled his first introduction to Islam in his teenage years.
‍

Dave is a recipient of five Emmy awards and three Grammy awards. In 2017, he was ranked as the "50 Best Stand Up comics" of all time. Reminiscing about his first encounter with Islam he told David Letterman how he found Islam. 17 year old Dave's attention was caught by the Muslim staff of the pizza shop he used to visit in his teenage days. Their kind and sweet behavior compelled him to visit the shop many times and he got along very well with the staff. Out of his inquisitiveness, he used to ask the Muslim owner about his religion and learnt about Islam through him.

Chappelle started his career in 1990 when he was featured in the first episode of ABC's America's Funniest People. Later on he appeared in several films like The Nutty Professor, You've Got Mail, Blue Streak and A Star is Born. He then pursued stand up comedy and quickly made a name for himself in the field. He soon gained popularity for his wit and in 2003, he debuted his own weekly sketch comedy show that's known as Chappelle's Show. Dave has had his fair share of highs and lows in his career but that didn't stop him from pursuing the thing he loved the most. On November 21, 2016 a news caught everyone's attention when Netflix announced the release of three new comedy specials with Chappelle. The specials were an instant success and became most viewed comedy specials in Netflix's history.

In year 2005, Dave announced that he is a Muslim in an interview given to Times Magazine. ‍

He also told the reason for not openly talking about his faith,

"I don’t normally talk about my religion publicly because I don’t want people to associate me and my flaws with this beautiful thing.”

During his recent interview with Letterman he stated,

"I wanted to have a meaningful life, a spiritual life, not just what my hands can hold, … I felt like I’ve always had this notion that life should mean something.The thing that comforts me about it is the idea that all of this is from a singular source and the source is ultimately kind. And even though we may not understand the intentions of this source, we are all connected and bound by it".

He also shared how his faith allowed him to use his profession for greater causes. At the end of the show, he expressed his wish of visiting Saudi Arabia one day to go see the living miracle, the well of Zamzam.

Is Dave Chapelle Muslim? Yes Alhumdulillah he is and the interview confirming his embrace of Islam was watched by millions of people and received positively by the audience.

May Almighty Allah keep us all steadfast in our faith. Ameen!