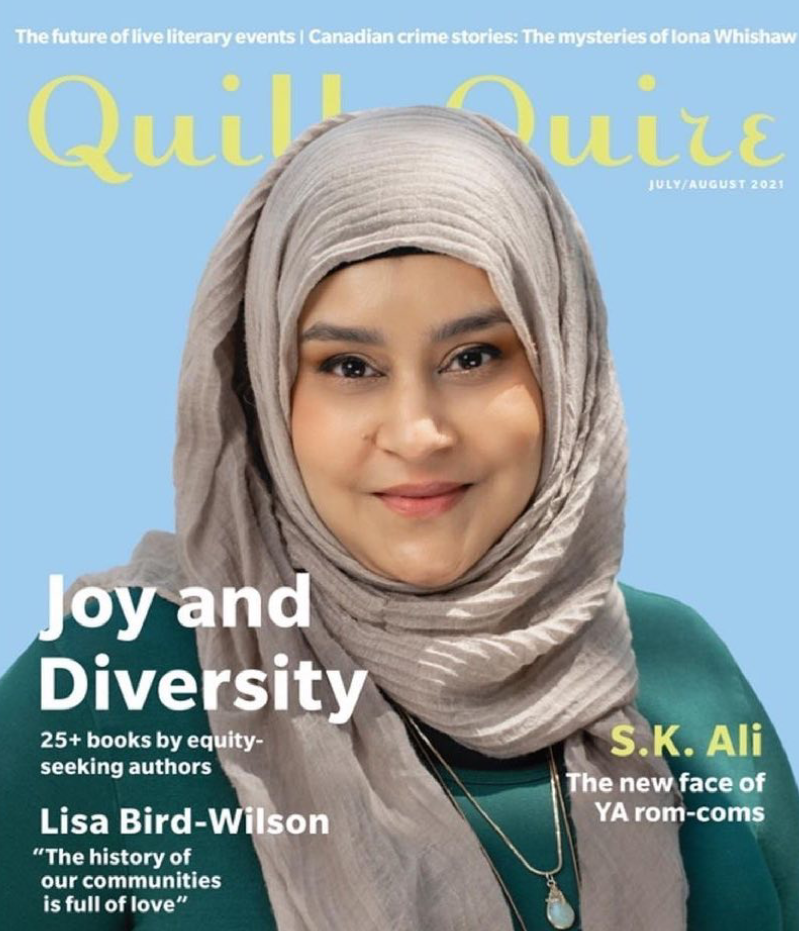 Being an avid reader, I have read a lot of genres ranging from YA to fiction, thriller to non fiction. One thing I noticed was that most of those books didn't have a good Muslim representation. I was craving a book where I can find lovable Muslim characters and a story that will instantly grab my attention. Thanks to my bookstagram (a term I use for my Instagram book blog) I was introduced to the book "Love from A to Z" that took the internet by the storm.  But before going into the details of the book let me introduce you to the person behind this Amazing book, Sajidah Ali also known as SK Ali.

Born in India, SK immigrated to Canada with her family when she was three years old. She has done her BA in Creative Writing from York University. Apart from writing, SK also works as a teacher and has written articles for Toronto Star as well. She takes Judy Blames as one of her biggest inspirations for her writing career. Her book "Love from A to Z" created a buzz when it was released. It gained a 4.6 rating out of 5 on Barnes and Noble and a solid rating of 5 out of 5 on Waterstones. The story revolves around a brown hijabi Muslim Zayneb, who is the only Muslim in her class. She is angered by the injustice she faces because of her Hijab and religion. Zayneb, wants to fight with this unjust society where most people around her are islamophobic. She wants them to see the true light of Islam. And then we have Adam, who recently converted to Islam to find peace. Their journey of confronting and overcoming islamophobic, racism and ignorance will melt your heart and you won't be able to put down the book unless you finish it.

Another of her notable work is "Saints and Misfits* which won her Asian/Pacific American Award for young adult Literature and Best YA debut award in 2018.  The main character of this book is also a Hijabi Muslim girl who lives in USA and the story revolves around her faith, identity and social issues she faces. The book also sheds light on various Islamic rules and laws through its story and there is so much we can learn and understand from this book.

Many other notable works like Misfits in Love, Once Upon an Eid and The Proudest Blue which she co-authored with olympic medalist Ibtihaj Muhammad are on her credit. Her books are loved all over the world. Usually her stories deals with the issues Muslim girls faces in the society. Many teens can take inspiration from her books.

SK believes in the rise of Muslim voices in YA literature, the importance of seeing positive stories for young Muslim girls and more. In 2017, she created a hashtag #Muslimshelfspace as a way to empower other Muslim authors and to introduce their work to the world. She was also featured in Canada's national literary magazine.

SK has written books for children as well and is hoping to craft such more stories that will make a positive impact.