Salams Says "Yes!" to Love: "Created you in Pairs" 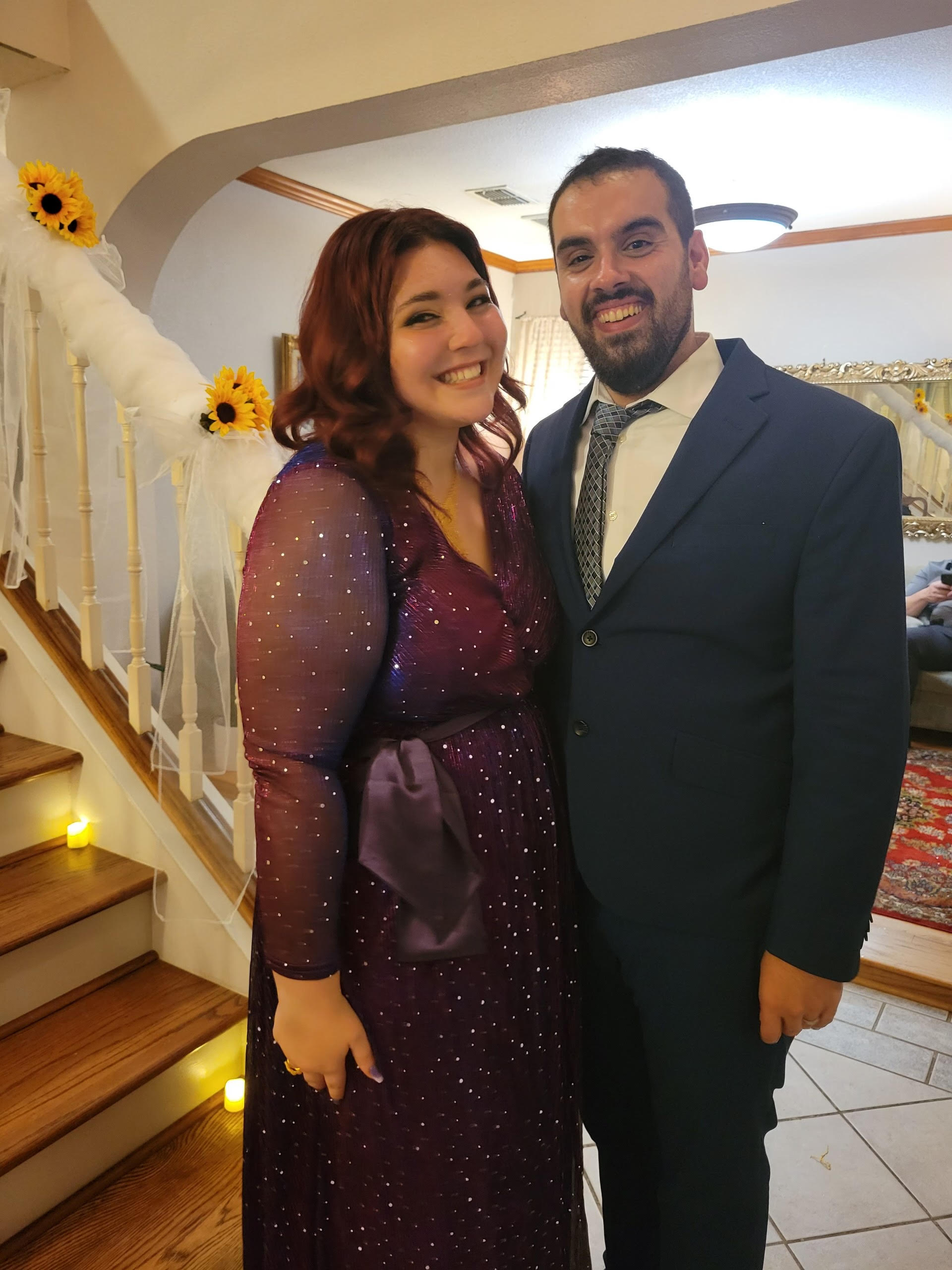 My name is Halla and I just recently got engaged to my soulmate, Shokri, an individual I met on Salaams (we matched when y'all were Minder. We both had left reviews for Minder saying we found our Naseeb in each other!! I wanted to reach out and say thank you so much. I am the happiest I have ever been and it wouldn't have been possible if y'all weren't a thing. In the Quran, it says Allah created everything in pairs(Surah Naba: 8), and I genuinely feel as if Shokri is my other half. I'd love to share more about our love story - Halla

Let us read about this couple's experience with Salams:

Halla : For anyone who knows me, they understand that my two most important qualities I was looking for are emotional intelligence and strong communication skills. When I saw Shokri was a therapist in New York with a kind smile and a profile that stated, “it’s important for [him] to end up with someone that also has a deep care for other’s wellbeing,” I kind of knew from the very beginning I might be in trouble.

Shokri: Halla is obviously beautiful, and that definitely caught my attention first. I will even admit that I swiped right on looks initially and thoroughly read her profile after we matched. Her use of emojis showed me that she is a fun, light-hearted person which instantly allowed us to hit it off.

Halla: I had originally downloaded Minder (I had met my partner and deleted the app before it became Salams) in hopes of seeing what was out there. I was about to graduate college, I was searching for a job for when that happened, and I wanted to see what possible prospects would look like. I had talked to people for months, getting to know them and while some were definite misses, there were lots of people I matched with that were kind, serious, and charming. Overall, it was a great experience, because it ultimately led to my soulmate

Shokri: I really enjoyed the app because the writing prompts allow for you to be able to make conversation with others based on similar interests. I am very fortunate in that I found my Halla on the app.

3) Can you describe your experience of when you met in person?

Halla: When we met in person, it was as if all we had cultivated over the past two months came together in a perfect way. Due to us developing such a strong bond over 30+ minute voice notes, phone calls and texting every day, I knew I had fallen for this person already, so when we met in person, it came together in such a magical way. We met up at a local zoo and what should have been a 30-minute tour was completed in 15 minutes by us. We found out we are both quick walkers on our first meeting and honestly, it’s still one of my favorite memories. We grabbed a late lunch and walked around downtown, and it quickly became evident to me I was so comfortable with him.

Shokri: Meeting in person was amazing. It is ingrained in my memory, the outfit that she wore, the weather, the food she ordered, the jokes she made. It did not feel awkward at all, we had talked for two months prior to meeting, and it felt so natural to spend time with her. I loved every second of it, it was great because we had a moment where we realized we both like to walk in stores very quickly. It was such a wonderful experience to find someone that shares even such a minute detail about who you are as a person.

Halla: I knew I wanted to marry him from before we even met, but once we did, it completely solidified it for me. We had talked early on about our dealbreakers and what our expectations for the future were and from our matching answers, I had already established we were a good match. Meeting in person was wonderful, but like I mentioned before, I definitely knew he was my naseeb before we met. I will say while there are multiple moments where I felt and knew he was the one, there is one anecdote that is my favorite to share.

Shokri: This is a tough question because I feel like I always knew. It’s hard to explain but when Allah wants something for you, I truly believe he makes it easy on you. Even when we thought things were hard, we look back at them now and realize how easy they actually were.

Shokri: I think it is very important that you be yourself. You should not try and change who you are for anyone because your person will love you for who you are. Though that does not mean that we shouldn’t try to be the best version of ourselves that we can be. We still need to focus on our physical and mental health, family, career, and deen. The person that’s for you adds quality to your life, they are not someone that takes away from it.

Shukran Halla and Shokri for sharing your Salams Love Story!

May Allah bless Halla and Shokri with peace and tranquility in their marriage for the years to come Ameen!