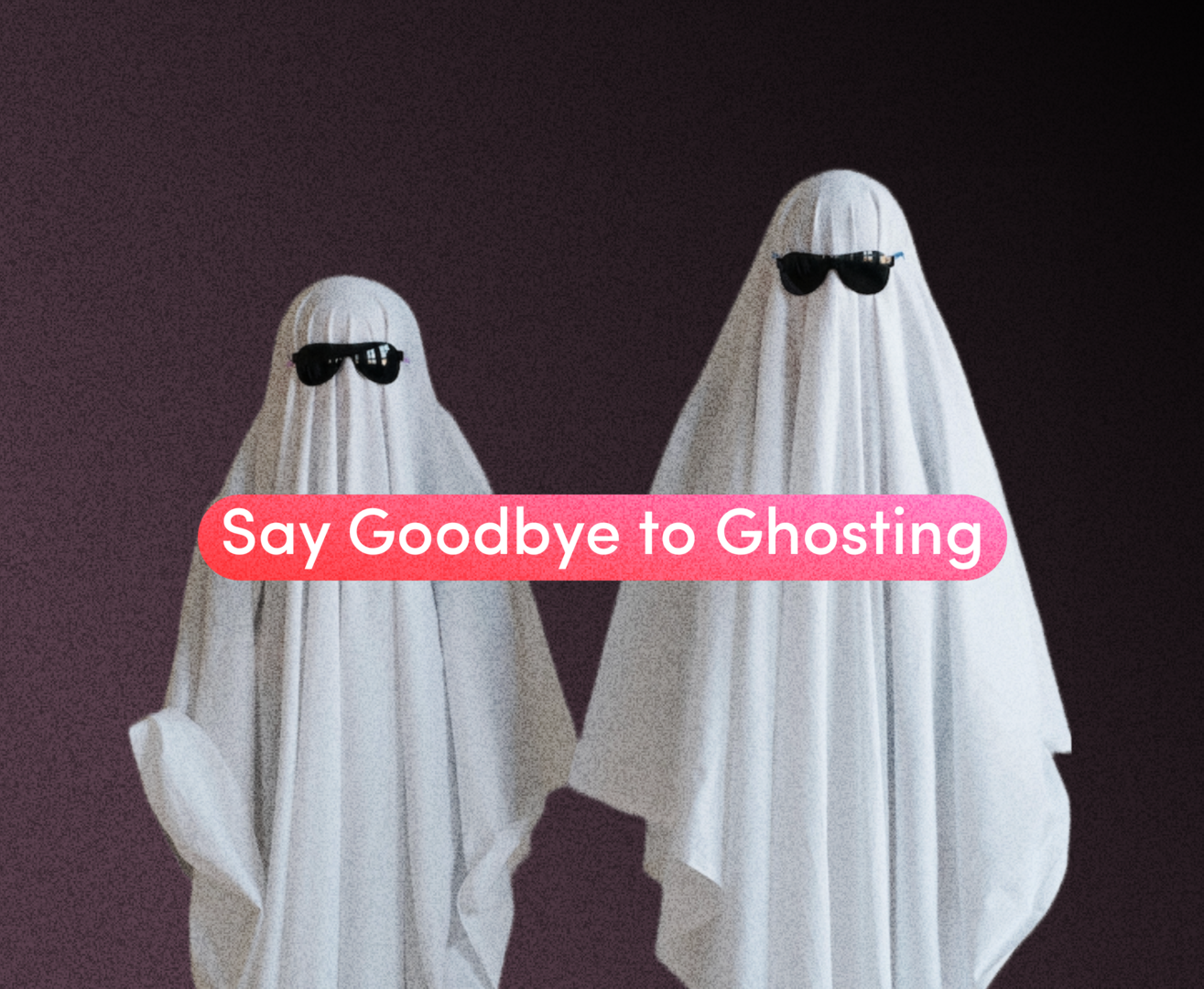 Ghosting has become the source of many issues in the new age of halal dating and matchmaking. People often feel confused, ignored, or self-conscious after being ghosted by a match. In the marriage seeking space, ghosting could seriously damage your mental health.

Salams is turning its back on Ghosting; something that no other social platform or dating app has done. Read more and learn about how our new Diamond subscription tier with its Anti-Ghost Feature and Endorsements is encouraging quality conversations and responsiveness.

A digital departure… A 21st-century break-up… Rejection without closure.

Imagine being in a coffee shop and you bump into someone you like. After the initial “hellos”, you genuinely ask “how are you?”. All of a sudden, you get no response back; your love interest ignores you completely. That would be rude and frustrating, right?

Sadly, this type of social interaction happens so frequently over texting, social media and dating apps that sociologists have deemed it to be a culture of its own: “Ghosting Culture”.

Most dating happens in the virtual world now. When seeking a partner, the emotional hurt stings even more as the possibility of the life you imagined with that person vanishes.

Why is Ghosting a Serious Dating Problem?

It is important to remain optimistic throughout the process of finding a life partner. However, ghosting can leave people feeling distraught, and paranoid at the loss of creating a genuine relationship.

“Short term, many of those ghosted felt overwhelming rejection and confusion. They reported feelings of low self-worth and self-esteem. Part of the problem is the lack of clarity — not knowing why communication abruptly stopped. Sometimes, an element of paranoia ensues as the ghostee tries to make sense of the situation.” (Dubar, 2022)

Ghosting demonstrates a communication disconnect which stops people from forming true bonds that can be made over time. The challenge is that a judgement is made on the person’s viability as a partner on the basis of a few texts in a short timespan.

We see this on Salams. Users are not giving viable candidates the time and opportunity to learn about each other and assess if they can be potential partners.

As Muslims, the value of community, the “Ummah”, is an integral part of our identity. If generations continue to normalize ghosting culture, it can lead to a greater sense of distrust, isolation and insecurity within our communities.

Around 13% of our Salams users have voiced out that they had been ghosted at least once; irrespective of gender.

How is Salams tackling Ghosting?

We want to see our users find halal love and get married. Through thoughtful product design, Salams wants to remove negative factors that may deter somebody from staying reliant while looking for their partner on the Salams App.

"We try our best to design a product that helps people get married. Ghosting is one of those things that stop our users from meeting a genuine match." - Amin Osman, CTO of Salams

We aim to encourage responsiveness with the new Anti-Ghost feature, available at the Diamond subscription tier.

With this trigger message and active process to respond to ghosting, we aim to make users more aware of the negative aspect of ghosting, and to prompt them to respond to their “match”.

Users can now rate their matches based on the experiences they had using a list of pre-set attributes that are positive and neutral as well as areas to improve such as “I was ghosted” and “We never talked”.

If a user was endorsed at least 3 times with an area to improve, it will show up on their profile.

Getting You Married is Our Top Priority

We are proud of the positive results. Since we released the new Diamond tier with Anti-Ghost, we have found users to have 30% more responsive and active conversations. Diamond users have the option to toggle the Anti-Ghost feature off. However, over 80% have chosen to keep this feature active.

One fear we had when testing these new product feature was whether it was an aggressive approach to encouraging users not to ghost. We were concerned that it would cause a high drop-off rate for those who were blocked from swiping or who were negatively endorsed.

We took the risk knowing that it was the right thing to do; to help improve the quality of our user experience and matches.

"The reality is that our users are loving it. As a Salams user myself, I noticed an extremely positive impact.  Al-hamdulillah, everyone is more mindful and that’s super encouraging." - Lina Sadeddin, Director of Marketing

At the end of the day, our users are looking for genuine people, quality matches, and quality conversations. We’re here to help increase the likelihood of successful matches that end in halal marriages, inshAllah!