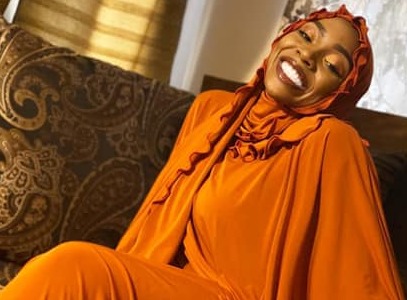 One of the most well-known characteristics of the Prophet SWS was his positive, peaceful demeanor, often his smile. In fact, it was reported that he said,

‍“Smiling in your brother’s face is an act of charity” (At-Tirmidhi; Declared Authentic by Al-Albani).

When you stop to think about this hadith it might seem implausible: how can smiling, a simple movement of our facial muscles, be akin to charity, i.e spending money and depriving oneself of material goods in the aid of another? How is it possible that this sometimes unknowing act be something that can weigh in our favor on the Day of Judgment?

Well, first of all, we know that there are many good deeds we can do that have nothing to do with money or even necessarily physical acts. For example, remembering to say Salaams when we pass another Muslim in the street, or saying Alhamdulillah when someone sneezes, earns us a reward for the afterlife.

But why the smile? What type of goodness are we passing on with a smile?

I believe it’s positivity. The act of smiling is not just simply a suggestion of how to appear in public, but is a reminder that each of us can be a source of light in this world.

There are tons of studies on the effects of smiling. When we smile our body releases three hormones that make us feel good: dopamine, endorphins, and serotonin. These hormones signal to the body that you’re happy and in turn you feel happier. When you are smiling, those around you pick up your chipper, elevated mood, and feel inclined to mirror it. If you are in an upbeat mood, and your colleague or friend isn’t, they are more likely to match your energy, therefore creating a good atmosphere for everyone.

The closeness of a relationship between couples has also been evaluated based on the amount of laughter and smiling they did. In 2015, psychologists performed a study that recorded seventy-one romantic couples explaining how they met. They discovered that those who were continuously laughing during the conversation were also the pairs more likely to demonstrate closer bonds and stronger relationships.

That makes sense right? When you have a positive outlook and are able to laugh away the bad moments of the day, you are more likely to be happier and spread happiness to other people. Islam is such a communal religion. We are encouraged to pray together, break fast together, and care for one another in sickness and health. When I remember how much emphasis Allah and the Prophet SWS placed on community, it makes sense why he would reward those who are actively seeking to spread noor to their fellow brothers and sisters. So even though we are living in a time where mask-wearing is in high fashion, remember to smize (smile with your eyes), and encourage one another to find the positive in each day through laughter.