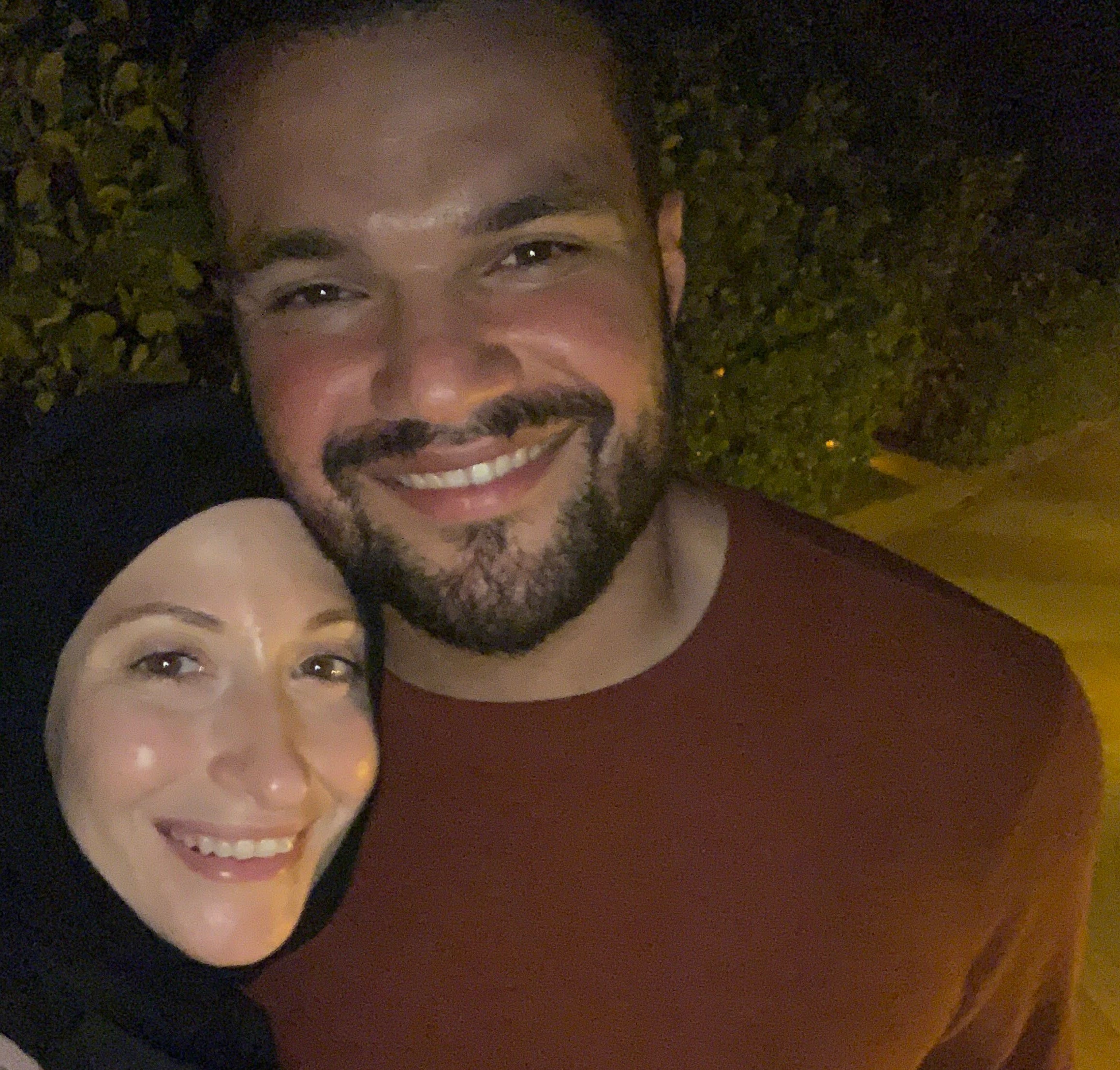 Marital Medicine: "Surviving Our First Year of Marriage during the Pandemic of 2020"

Alhumdulillah for Halal Love! Salams helped this beautiful couple to find each other right before the pandemic. All of us has gone through various emotions and have had all types of experiences in the era of Covid-19. It is always good to hear positive stories, such as the Halal love shared during such times as these. While living through the stressful time of the pandemic, Mona and her husband, Sameh, survived their first year of marriage. Mona describes how being with her spouse was such a comfort in difficult times. This couple's experience confirms Allah's statement that one can find comfort in one's spouse. Certainly Allah says :

And of His signs is that He created for you from yourselves mates that you may find tranquility in them; and He placed between you affection and mercy. Indeed in that are signs for a people who give thought (Ar-Rum 30:21)

Let us read about this couple's experience with Salams:

Mona: First, when I saw him, I felt safe. Second, just by looking at his pictures, I could tell he was adventurous and hard working which what I was looking for in a partner, someone who can have fun but also has a career. Last, I remember looking at his profile and thinking that’s a nice beard haha.

Mona: I’ve never used a dating app before. At first, I was kind of scared. Or worried how will I know if this is real people. But when I was setting up my account, it did ask me to send a verification photo, which was pretty cool. I also liked that we both had to match to “talk” sometimes that got hard when I didn’t get a match back that I was waiting for, which could be discouraging. But Alhamdillah everything happens at the right time with the right person you’re meant to be with.

Sameh: It was great for me. It was so hard to meet any Muslims in Pennsylvania, the first time I actually hung out with another Muslim, was through the salams app. On top of that, I found it really convenient that most people were also of a similar mind set in terms of actually looking for a relationship that can lead to marriage.

3) Can you describe your experience of when you met in person?

Mona: I was super awkward when we first met. I am a homebody and had recently moved away for work, so when it was time for us to meet to see if there is anything there, I had to do it without my family, I was terrified and wanted to make sure we met in a public area where everyone can see us just in case he was a crazy person even though I talked to him for like a month before meeting.  I remember he looked exhausted when he showed up because he worked night shift and I felt like I wanted to take care of him.  We had dinner and he took me to the movies. We watched Toy Story. A cartoon, and he fell asleep. That’s how I knew he felt comfortable. When he walked me to the car. He said this was fun, and put his hand out to shake mine. I was like “I don’t shake hands” and thought I would never hear from him again.

Sameh: Slightly bumpy to be honest lol, she was the most religious person I met, and first hijabi I ever hung out with other than my mom. She refused to shake hands with me even though I expected a hug like I normally did with my friends.  I was fairly certain she’d barely ever dated before. However I was always up for a good conversation and enjoyed hearing her perspectives on religion. We talked and debated about the history of Islam and the various cultural traditions that we had. This did lead to much lighter conversations that showed me her intentions and how she thinks about daily life in general. I found that important in getting to know her.

Mona: So after I saw him after our first meet, I left to Palestine. But after talking for a couple of months, I asked him to call my dad. He did, and also met brother. They both liked him Alhamdillah. I knew I wanted to marry him when he reached back to me after I left him hanging about that handshake. I just couldn’t see my life without him. All the steps to our marriage were very smooth Alhamdillah, which is always a good sign.

Sameh: For me it was apparent after a few months that I wouldn’t meet someone else like her. I had my fair share of relationships, and knew which traits I was looking for in a person that were non-negotiable. She quickly checked off all the boxes. I then decided to take the next step and learn about her family. After meeting them, by luck I was offered a new job very close to her, and just like that it felt like the last piece of the puzzle fell into place.

Mona: If you’re on the Salams, have faith and be hopeful. Sometimes it will be hard and discouraging, but don’t give up on love, it really is the best feeling when you find someone that you can be your absolute self with and always remember to trust in Allah’s plans for you!

Sameh: From a man’s perspective, I would say to keep your life balanced. I spend time on my career, but I also spend time on my physical health, and time for hobbies and interests. All of these traits I always made visible in my profile, and I think women can easily pick up on which guys are more stable and down to earth.

He is Egyptian, I’m Palestanian. We met in June 2019 through minder, now called Salaams, and got married in December of 2019. Coming from a small town in the south, my journey to find love was not easy, but Alhamdulillah this app has led my husband and I to each other. Surviving our first year of marriage during the pandemic 2020 and now almost two years, I proudly say, Inshallah we will survive anything life throws at us. Thank you Salam App for providing a way that help connect Muslims around the world!- Mona

Shukran Mona and Sameh for sharing your Salams Love Story!

May Allah bless Mona and Sameh with peace and tranquility in their marriage for the years to come Ameen!