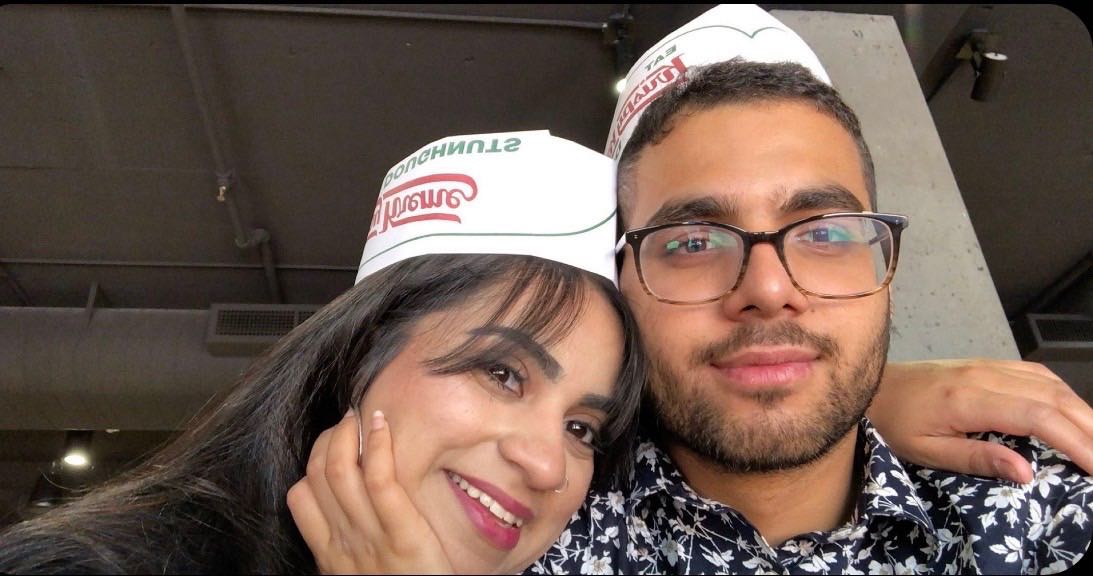 Shahzad and I first met on Minder (Now Salams) 2 years ago on April 2017. Neither of us were sure exactly what we were looking for but happened to swipe right on each other in a spur on the moment. He still jokes that he almost swiped left as I had a single picture up and I joke that I almost did the same because his display included him with a teddy bear and naturally I thought it must be from a girl! haha. Well lucky for us, neither of us swiped left.Shahzad lived in Ontario, and I lived in Texas. We chatted lightly on Minder (Now Salams)and clicked with each other right away. Talking to each other seemed so easy and we were having so much fun.

About a week into talking on Minder (Now Salams), I told him I was deleting the app, and thanked him for the fun conversation. Inside, I was praying he would get the hint and ask for my number, thankfully, he was a smart cookie (yay!). Soon, what started as an introduction on Minder(Now Salams) turned into chatting everyday on whatsapp, good nights, good mornings, and long phone calls into the night. About 6 months after meeting each other on Minder (Now Salams), he flew to Texas for the first time to meet me. I was ECSTATIC to say the least.

Thanks to Minder(Now Salams), I was having feelings I had never felt before and having new experiences I had never had. Meeting Shahzad for the first time felt like something out of a movie.Since that 1st time we met, we have been flying back and forth visiting each other. No relationship comes without its ups and downs, but overall, it has been a dream. The past few years have been filled with catching flights, surprise packages in the mailbox, exploring new cities together, and introducing each other to our hometowns and all that it has to offer. Please keep us in your duas, as 2020 brings whole new level to our relationship as this is the year we will finally tie the knot inshallah. Minder (Now Salams)has taught me to be more open minded, as the best things can happen when or where you least expect it.Because of Minder (Now Salams), we found our happily our after. Alhamdulillah.