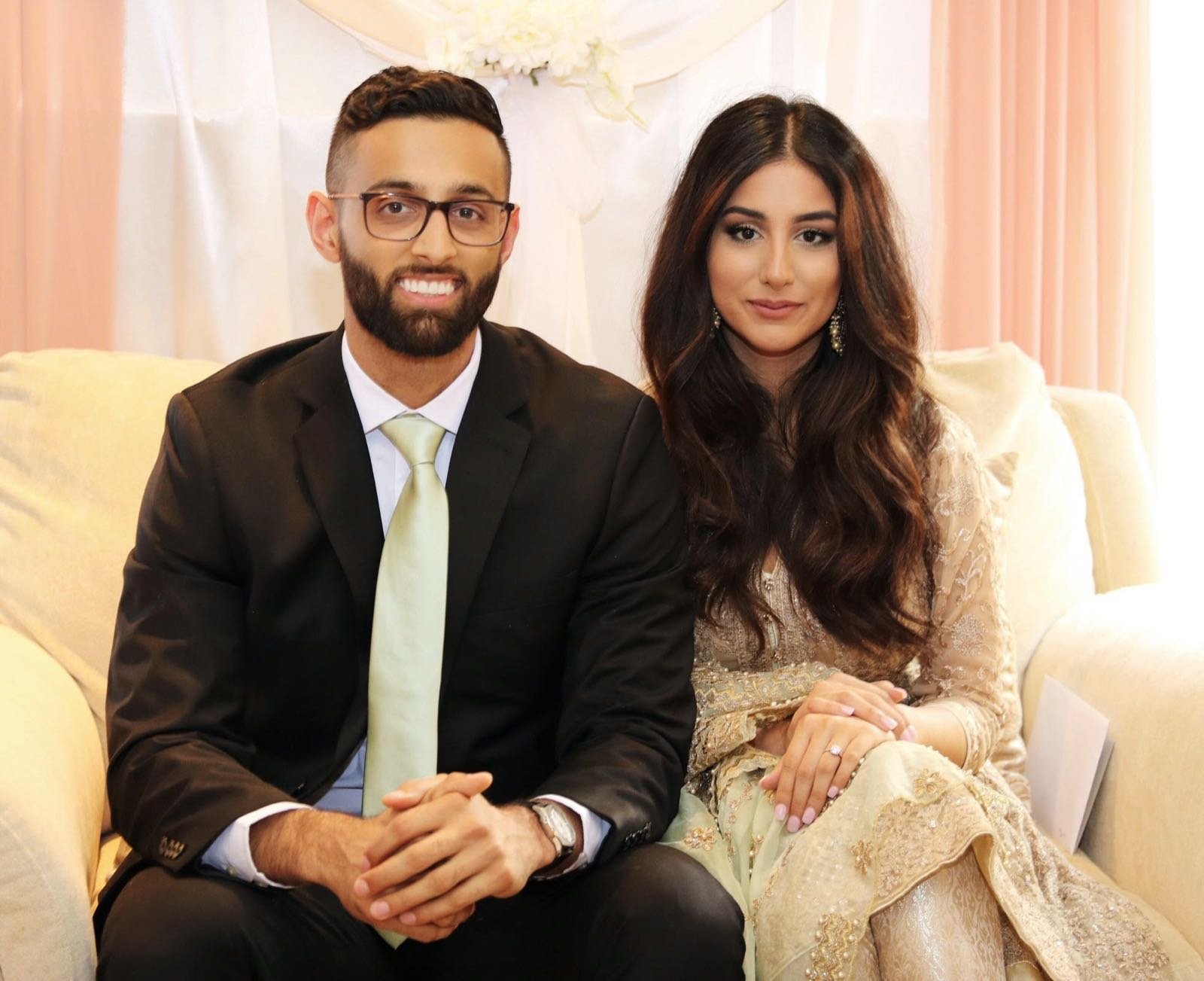 I'd love to share my #MinderllaStory. Zaki and I met on Minder(Now Salams) in July of 2018. He so gracefully roasted my fashion sense and I so gracefully left him on read. It's a good thing he wasn't afraid to double text. At the time, he was living on the East Coast in Columbus, Ohio and I was living on the West Coast in Vancouver, BC. I didn't have any expectations for Minder(Now Salams)and especially would have never thought that I'd be in the place that I am because of it.

Zaki and I met one month later in Toronto. We so happened to be visiting the city for separate reasons and decided it would be a good opportunity to meet face-to-face. We had a wonderful first half of the date at Canada's Wonderland. The second half, however, was a train wreck. See, I decided that it would be a good idea to not catch up with the difference of timezones (3 hours) and to stay up until the early morning horsing around with my cousins. When the second half of our date rolled in, let me tell you: I. Was. Dead. Like to the point where my brain was beginning to physically shut down. But still, I pulled through. And by pulled through I mean going to the movies and knocking out for the entire two hours. Did I mention that this was the first personal impression I was leaving on Zak? Anyways, we ended off the night in agreeance that we would meet the next morning for breakfast. The next morning came and I did not. I was asleep. Fast asleep. I slept until mid-afternoon. And when I did wake up, a flush of absolute dread came upon me. I texted Zaki fully expecting that I'd never hear from him again. I mean, if that happened to me, I'd do the same. And so I sent that text and I waited.

His calm and understanding response took me by surprise. See, I came into the Minder(Now Salams) game not expecting much, but I got much more than I could have ever asked for. From that day and every day that Zak has been in my life, I realized how kind, selfless, patient and supportive he is. He is ambitious, outgoing and hilarious. He allows me to be completely myself around him and, more than that, I am a better version of myself because of him. From that point on, we would spend days and nights on FaceTime, talking and laughing endlessly. He is the reason why I even considered moving away from home. At the time, I didn't think it was possible to uproot my life somewhere else but with him by my side, we made it possible. And here we are now.

Today is December 10, 2019. Exactly one month since our Shaadi. And it has been nothing but a blast. I am forever grateful for you guys at Minder(Now Salams) for providing a platform where, if you're there for the right reasons, you may just find what you're looking for. Allah really did create us in pairs. And whatever is destined for you, WILL find a way to reach you. Even if you are on opposite sides of the continent in different countries.