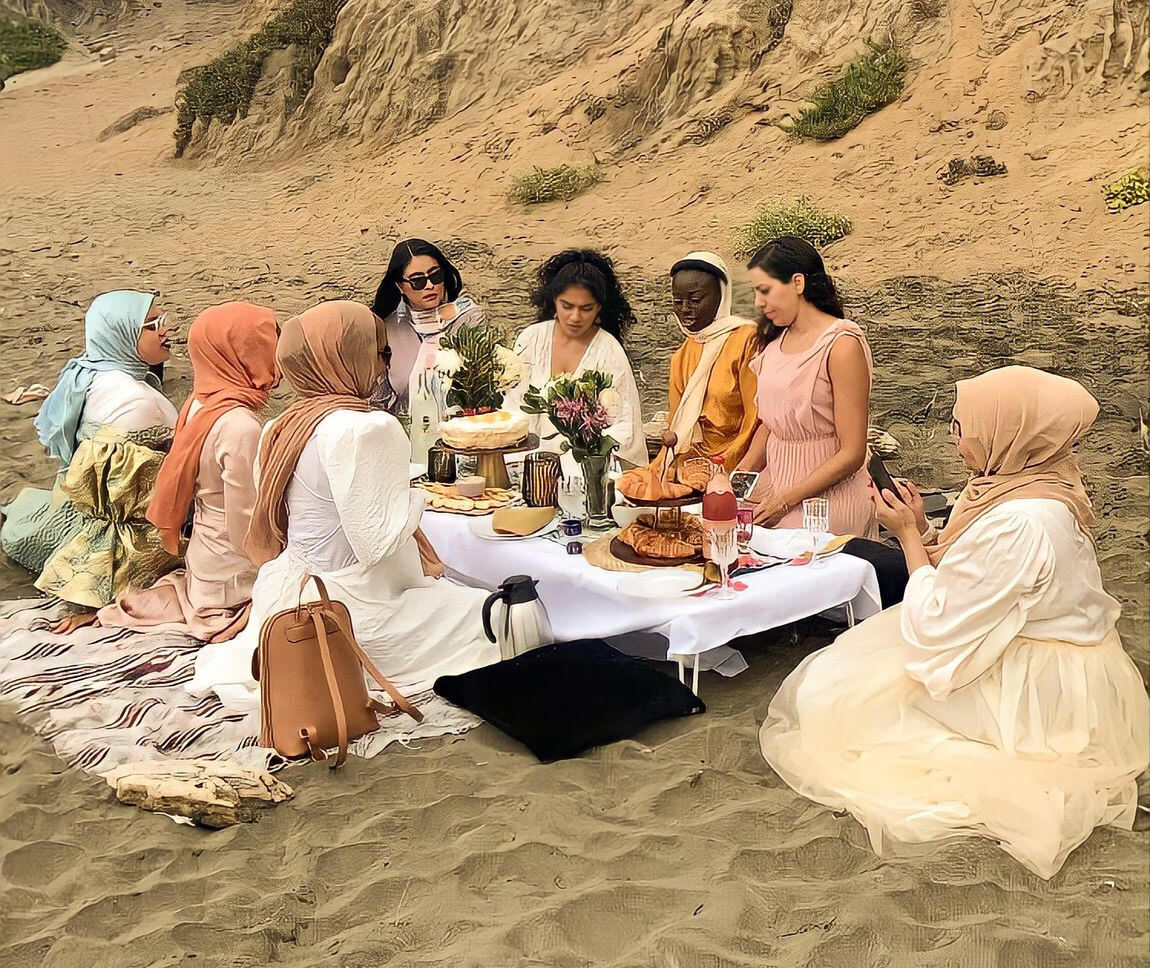 These are some common phrases heard by Muslim women that allude to the current marriage crisis in our Muslim community. Nailah Dean has identified the above terminologies in a photo series titled: Isms Project in which she and her group of amazing muslimahs illustrate the importance of this issue, so that they may bring awareness in our community.

Nailah Dean directed a photo series titled the Isms Project, which was started in January of 2021 and published September 3rd of 2021. The photo series documented American Muslim marriage crisis from the perspective of Muslim women. After recovering from Nailah’s own series of failed relationships, she sought answers to why it was so hard to get married. She began asking Muslim women across the U.S, focusing on those between the ages 25 to 35, about the problems they’ve encountered in pursuit of marriage. The same themes kept appearing in which she grouped them into categories: sexism, ageism, and racism.

The Qur'an states that human beings are created in different tribes and nations so that they may know and understand each other.

"O mankind, indeed We have created you from male and female and made you peoples and tribes that you may know one another." (Quran: 49:13)

This verse beautifully illustrates how Allah has created us all from a diverse set of backgrounds for the purpose of knowing one another. Understanding this concept is a beautiful thing; however, many muslims are undergoing various issues that contradict this beautiful concept of Islam. The Isms project addresses the contradictory beliefs that some individuals may have.

Nailah Dean and Photographer, Qamara El-Amin, interviewed and photographed Muslim women from across the country to discuss the isms they face in their pursuit of marriage. The four models that were selected each represent one of the isms (sexism, ageism, racism and colorism). There is a quote from each of the models that discusses how their ism has impacted their search for a spouse and the effect of the marriage crisis on them and their family.

Salams was definitely interested in discussing the Isms Project with Nailah as Salams is a prominent platform for muslim marriage seekers within the U.S.

Q: Please describe yourself, your background, and what inspired you to start this project?

A: I am a 29 year old, Afro-Latina Muslim lawyer, writer and activist. I was inspired to create this photo series because I wanted a visual manner to discuss the topics surrounding Muslim dating/marriage that I write about. After enduring my own struggles trying to find and marry a good Muslim guy, I began speaking to other women across the country about their Muslim dating-to-marry experiences. I heard the same issues popping up again and again pertaining to the following isms- sexism, ageism and racism. I started writing publicly about my experiences and those of the other women I've met, and realized that these aren't isolated problems, they're part of a larger crisis-- the Muslim marriage crisis. Not only are people in our community divorcing in greater numbers, but there are so many singles. The singles I focus on are Muslim women particularly between the ages of 25 to 35 that have multiple degrees or careers, and/or are more likely to be rejected because of their skin color/ethncity.

After writing about these issues, and writing a book that I'm still looking to get published, I thought another powerful way to call attention to these isms and the marriage crisis is through a photo series. I wanted to put real faces to these sometimes abstract problems. I wanted people to see the effects of their prejudices and the damage they cause, which is hindering love and marriage.

“We were just friends at first. Both in the same place at the same time. It was easy to be together. We each felt comfortable being our true selves. We didn’t pay attention to the differences. But his parents did. He was Arab, and I’m from Ghana. When he introduced me to his parents, they weren’t having it.I could tell from the disappointed look on their faces that they weren’t happy. Soon after that meeting, he ended it. The worst part is he never gave me the decency of spelling it out. The “it’s just not going to work” really translated to you’re not good enough because of what you look like and where you’re from.” - HN

“I didn’t know how big of a problem racism and colorism was in the South Asian community until my older sister brought home a black man. I was only 16 at the time, but I watched in disbelief as my family picked him apart as a prospective husband.Years later, when I decided I was ready to get married, I learned about the rating system for brides based on skin color. I guess I should have known after a childhood filled with face whitening creams and constant scolding when I wore dark colors. On the bio-datas my relatives pass around on my behalf, they write “fair” so that I can have a real chance at success.” -SS

Q: Who is involved in this project?

A: In January of 2021, I assembled a creative team. My core team was composed of only Muslim women, married and single: Photographer Qamara El-Amin, Videographer/PR Hauwa Abbas, Costume designer Laterry Mohsin, and Design Artist/Stylist Nebia Zeroual. Each team member had recognized, witnessed or experienced the effect of the isms firsthand, and were eager to take action to combat them.

We came together on the second weekend of July in Oakland, CA to do a photo shoot. We shot the photos in three days in three locations: downtown San Francisco, Fort Funston Beach in Daly City, and Reinhardt Redwood Park in Oakland. During that weekend, we bonded, sharing experiences about dating, love, and marriage, fostering friendship and cultivating a sisterhood that inshaAllah lasts a lifetime.

‍Q: Where is your team located?

A: My team is located across the country-- the models are from Texas, Massachuestts and different parts of California. My designer and videographer are from Michigan. Myself and the photographer are based in Northern California in the Bay.

Q: How do you plan on expanding your project?

A: I would love to get funding to do a second iteration of the photo series focusing on the issues of ableism, sizeism, and the stigma of divorce.

Q: What can people take from this project?

A: I think our entire American Muslim community can benefit from seeing these pictures and reading the stories behind them. I particularly want the matchmakers, mothers, and men to see this project. I want them to understand that the prejudices or "preferences" as they often call it that lead them to discriminate against some women based on their age, education and race/skin color, are further perpetuating the marriage crisis. I really want the current generation to be aware of these issues and think twice about how they are selecting people for marriage, but I especially want the older generation to understand that preventing marriages based on these isms is completely unIslamic. Most importantly, I would like other Muslim women battling these isms on their path to love and marriage to know that they are not alone.

Tahirah Nailah Dean is a Black American Muslim lawyer, writer, and activist. We are proud to have her as one of the Salams Says Blog Writers, specializing in the topic of profile advice. She has some of the most popular articles on our blog; namely: “5 Do’s for a better Profile”, “5 Dont’s for a Better Profile”, and “How to Deal with Rejection”, all of which provide timely advice for users who are exploring the marriage app landscape. Her writing focuses on dissecting issues related to the Muslim marriage crisis. Last year, she had an article published in Al Jazeera about how racism affects marriage prospects in American Muslim communities. She was recently featured in the Lily, highlighting her journey in developing the Isms Project.

Salams' Mission is to "Serve the Ummah by bringing together the hearts of Muslims". We hope to achieve this mission while safeguarding the dignity and respect of all muslims who utilize our app. We support the educational awareness that the Isms Project aims to promote as it aligns with our mission statement. Our goal is to facilitate marriages, foster friendships and networking among all people within our diverse Ummah of 2 billion Muslims around the globe.